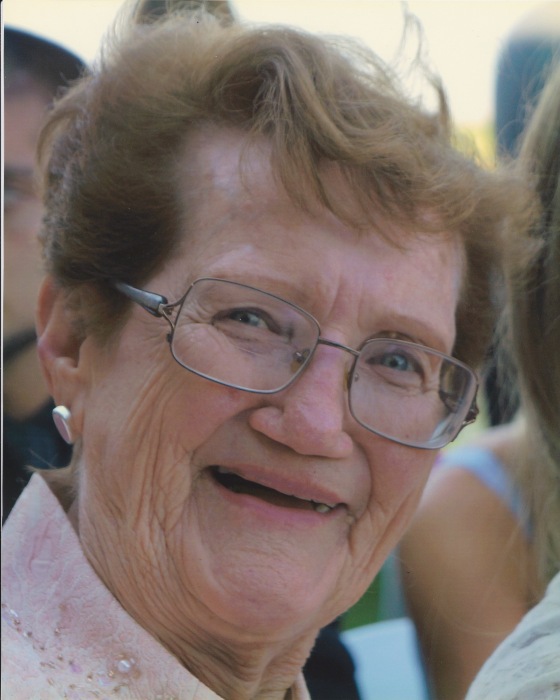 Zella Warren, beloved wife, mother, grandmother, great-grandmother, and friend, passed away peacefully February 23rd 2021 at her home in American Fork, Utah. She was 85.

Zella was born October 14th, 1935, in Provo, Utah to Clarence and Olive “Dolly” Simpson Andersen. One of thirteen siblings, Zella spent her early life in Provo / Orem. She married Cloyd Warren in Payson, UT and traveled with him during his career in the U.S. Navy. The family lived in several states during the Navy years including Hawaii, Nevada, and California. Returning to Utah County in 1972, Zella subsequently resided in American Fork until the time of her death. Cancer took her, but it did not define her.

Zella’s home in American Fork was always a welcoming and open place to visit. She enjoyed spending time with her family, particularly her grandchildren and great-grandchildren. A lover of dogs, she was often in the company of Ginger or Sugar.  She was skilled in handcrafts and had recently knitted hats for other cancer-treatment patients. A woman of strong opinion, with an occasionally irreverent sense of humor, she was active, engaging, and humorous to the end.

She will be missed.

***For those who are unable to attend in person a Zoom link is provided below. Zoom login will be available beginning at 1:30 pm and the funeral will begin at 2:00 pm. To ensure a smooth transition into the meeting please create a Zoom account (this is free to do) if you don't have one already. You will not be able to join if you don't.

To order memorial trees or send flowers to the family in memory of Zella Warren, please visit our flower store.