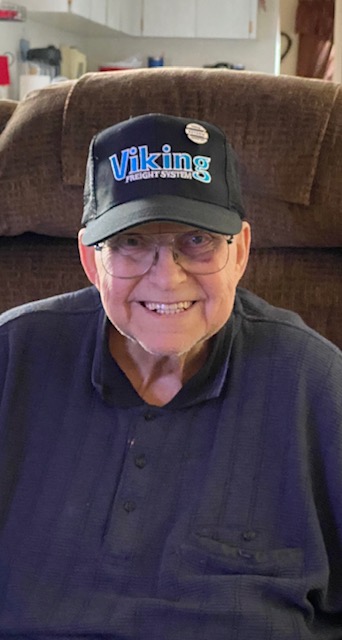 Bill was born in Casper, Wyoming on May 4, 1939. His family moved to the Mountainview area in the Bay Area of California, when Bill was eight years old, and eventually settled in Palo Alto. After marrying his wife, he settled in Fremont, California for 46 years.

Bill was an avid cat lover and had a total of 13 cats over the course of his life He loved going to the movies - his favorite movies were action films.

Bill was working three jobs in 1976. His day job was with Conklin Bros. Carpet Company in Hayward, California. He also had two security jobs. While working one of his security guard jobs at Laurel Grove Hospital in Castro Valley, California, he met his future wife, Isabel Reus­ Young, who shared his life for 46 years. They married on June 5, 1976, after just one date.

He started working for Viking Freight Systems in 1977 (which later became FedEx Freight) as a truck driver. He drove long haul from the San Francisco Bay Area to Los Angeles and back; and later had a route in Palo Alto, California. While at Viking Freight Systems, he made many friendships that continued to bless his life up to the end. Bill retired from FedEx Freight in 2000.

He is preceded in death by his parents, Charles Fielding Hitshew, Jr. and Evelyn Mae Fairfield­ Hitshew in 1988, his daughter Raleen Wacker in 201O, his sister Elizabeth Jean Shaver in 2018, and his granddaughter Deanna Wacker in 2019.

Memorial contributions can be made to Tony LaRussa's Animal Rescue Foundation in Walnut Creek, California. https://arflife.org/

To order memorial trees or send flowers to the family in memory of William Hitshew, please visit our flower store.