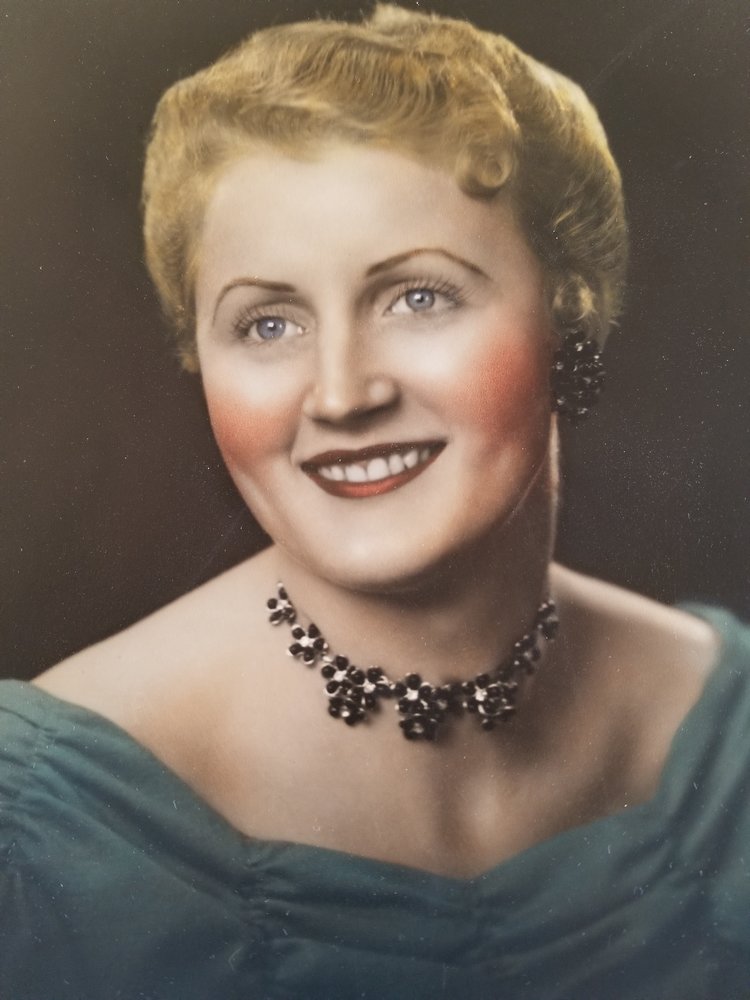 Viola Ann Johanson Bacik, 84, passed away June 6, 2018 in American Fork, Utah, surrounded by her family after a long struggle with her health in which her sweetheart and children so lovingly cared for her.   She was born December, 28, 1933 in Salt Lake City, Utah to Olof N. Johanson and Karin Linnea Peterson
After attending BYU for one year, she went to Las Vegas with a friend from BYU to work for the summer and that is where she met her eternal companion.  He was serving in the Air Force at Nellis Air Force Base in Las Vegas.  She fell in love with him and was instrumental in bringing him into The Church of Jesus Christ of Latter-Day Saints.
She married her sweetheart, Martin Anthony Bacik on May 26, 1956. Their marriage was later sealed on June 26, 1957 in the Salt Lake City Temple.
They had four children, one son and three daughters and the children all agree that they were the best parents they could have ever had.
She cherished her marriage and was an incredible wife, mother and grandmother and they were her priority in life.  She enjoyed family gatherings, cheating at card games, playing Chicken Feet and Pinochle.  She was an incredible cook and never had less than ten items on the dinner menu.
Viola's testimony of the gospel of Jesus Christ was very strong and she served in many positions including Relief Society President.  She also was a faithful Visiting Teacher.
She and her beloved sweetheart, Martin worked for 9.5 years in the Mt. Timpanogos Temple, one year in the Nauvoo Temple while serving at the Open House as missionaries, and one year at the St. George Temple while serving as missionaries in the St. George Family History Center.
Her hobbies were many.  She loved handwork, crochet, embroidery, sewing, cooking and walking.
She was the Department Head Secretary for the BYU Micro Biology Department.  She really enjoyed working with the students and cherished the friendships she made there.  Before that she had been employed at the Law Offices of Ray Harding Sr. and Wasatch Lawn Memorial Park and others.
Survivors include: her husband Martin, son Martin Gregory (Diane) Bacik, 3 daughters: Linnea Marie (Scott) Wall, Leslie Ann (Bryce) Walker, Laurel Kaye (Rick) Henderson, 21 grandchildren, and 42 great-grandchildren and proceeded in death by one grandson.
The Bacik Family wish to express a heartfelt "THANK YOU" to Nurse Allyson, Candice, "Dr. Phil" and many others from SYMBII and The CARING HANDS, including  Sam, Caroline and many others for their help in serving their mother and wife.
Also, to the young men who came every Sunday for years to give mom and dad the opportunity to partake of the Sacrament.   And lastly a SPECIAL THANK YOU to ARBY's and their staff who fed them for years.
Funeral Services will be held on Monday June 11, 2018 at 11:00 am in the American Fork 13 th Ward, 975 North 60 East, American Fork.  A viewing will be held Sunday, June 10, 2018 from 6-8 pm at Anderson & Sons Mortuary, 49 East 100 North, American Fork and Monday from 9:45-10:45 am prior to the services at the church. Burial in the American Fork Cemetery. Please share a memory at andersonmortuary.com