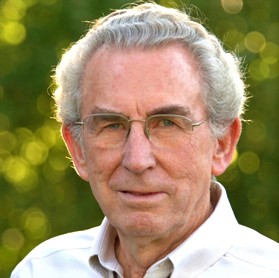 Vernal Garth Norman, 87, passed away on December 1, 2021, in American Fork, UT. He was born June 30, 1934, in Paradise, Utah to Vernal and Mildred Norman. He grew up on a farm milking cows and baling hay. He learned to be a finish carpenter with his father. He served in the Army during the Korean War, and soon after he served a Mission for the Church of Jesus Christ of Latter Day Saints in Japan for 3 years. Following his Mission, he attended Brigham Young University where he earned a BA in Recreational Management and later an MA in Ancient Scripture. He married Cheryl Peterson in 1965 in the Los Angeles Temple. Soon after, he was hired as a Seminary Instructor during the school year on Native American Reservations: 1965-1967 on the Washoe Reservation in Nevada, and 1967-1976 on the Navajo Reservation in Window Rock, Arizona. His family loved living with the Native American people. During summer breaks he worked in Southern Mexico at several archaeological sites.

While attending BYU in 1962, great archaeological discoveries were being made in Central America. He hopped on a bus and made his way down to Chiapas, Mexico to see the excavations that were taking place. When he saw the Izapa Stela 5 Tree of Life monument, he was captivated. He returned in 1965 to photograph and study all the Izapa carved stone monuments. As a result, he was hired to be on the staff of the New World Archaeological Foundation where he meticulously outlined renderings of each of the many stelae, which continue to be widely used today. He became the leading expert on the Izapa Temple Observatory with his major publications in 1973, 1976 and 1980 and received his second MA in Archaeology/Anthropology at BYU in 1980. After moving in 1976 to American Fork, Utah, his continued research led him to connect the 260-Day sacred Maya calendar to Izapa at 15 degrees north latitude. Through precision in his studies, he determined that the art and architecture at Izapa and related ancient sites were constructed using the Babylonian and Egyptian cubits, indicating a connection between the Middle East and Central America. He published seven more books on his findings including one on the Parowan Gap, Utah petroglyph calendar site, and the Nazca, Peru observatory at 15 degrees south latitude (opposite Izapa, Mexico’s 15 degrees north latitude.) www.garthnorman.com

Throughout his life, Garth was dedicated to the gospel of Jesus Christ and had an unwavering testimony of the Book of Mormon. He led his family as a devoted father and grandfather which included 3 foster children: Rochelle Seeyouma and Emi Aoshima, and Daniel Millett, Abinadi Navas. Life was full of adventures with family members frequently tagging along on his archaeological quests. He was our “Indiana Jones”, but he never hesitated to drop what he was doing to help his family or friends with their needs or projects. As a lifelong friend said: “Garth was an immense source of kindness, gentle wisdom and passionate scholarship.”

The funeral service for Garth Norman will be held on Friday, December 10, 2021 at 11:00 AM in the American Fork 13th Ward, 975 North 60 East, American Fork, Utah.  These services will be videoed and will be linked in this obituary page, later, after the services. A viewing will be held Thursday, from 6:00-8:00 PM at Anderson & Sons Mortuary, 49 East 100 North, American Fork and Friday at the church from 9:45-10:45 AM. He will be buried at the Paradise, Utah cemetery next to his son and parents, and near faithful ancestors that brought him to Paradise.
December 10 Burial will be at 3:00 pm at the Paradise Cemetery -- 8940 South 340 East, Paradise, Utah 84328
About a 2 and a half hour drive north of American Fork following the Funeral.

In lieu of flowers donations can be paid to Cheryl Norman to help the family pay to finalize Norman's final "Izapa Virtual Reality" videos.

Please share a memory on Garth’s Tribute Wall at www.AndersonMortuary.com.

To order memorial trees or send flowers to the family in memory of Vernal Norman, please visit our flower store.