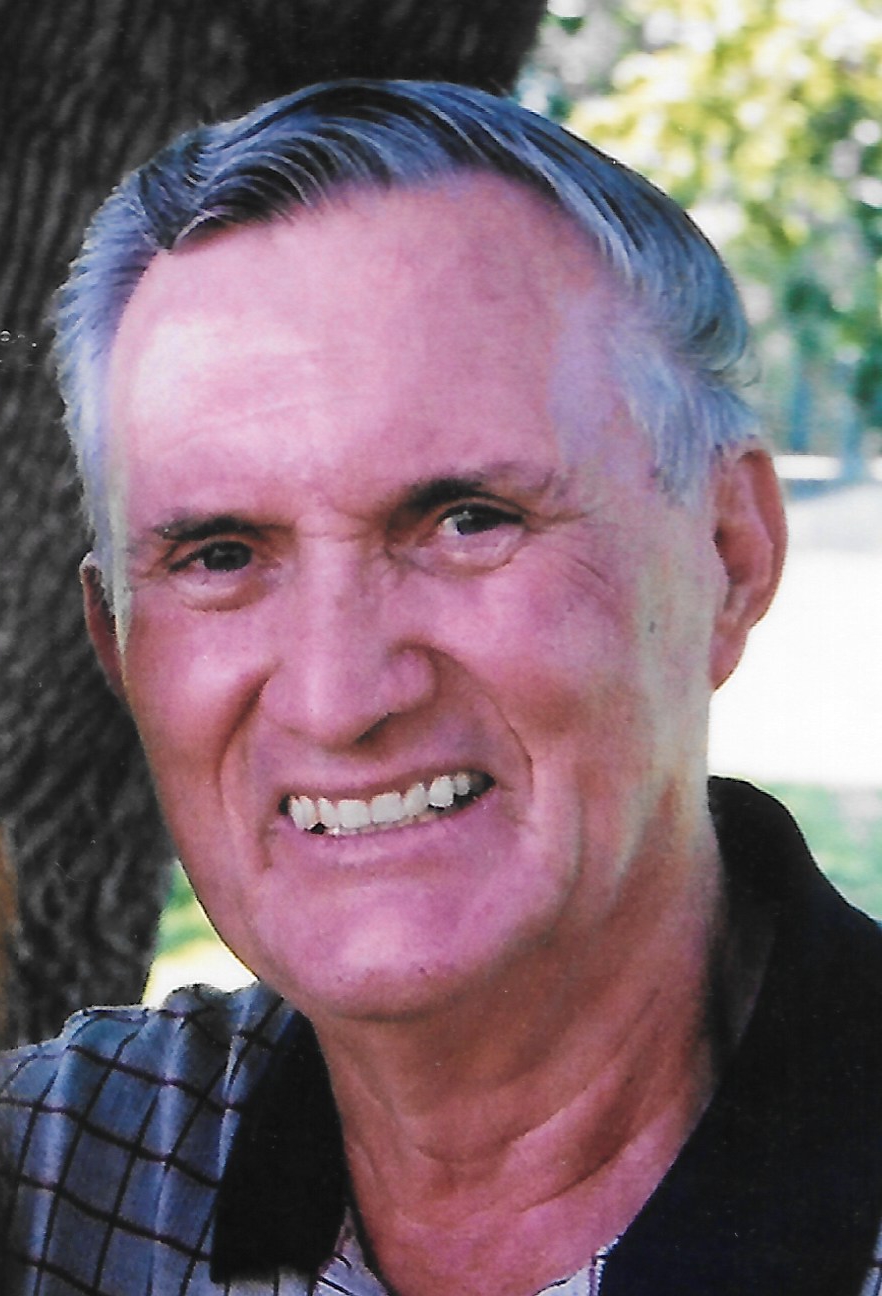 Our beloved Verl Parley Mecham, age 90, passed away peacefully on July 12, 2022 in Lehi, Utah. He was a most loving and devoted husband, dad, grandpa, great grandpa, brother, uncle, and friend. Verl was born on November 29, 1931 in Burley, Idaho to Parley Mecham and Louie Wardle Mecham. As the oldest of his 4 siblings, he grew up with them and his parents, farming together in the Paul, Idaho area. He was actively involved in church, sports, and the daily workings of the farm. During his Senior year, Verl was elected as the Student Body President of his High School. He attended the University of Idaho in Moscow, Idaho for a year and then went on to attend and graduate from Brigham Young University. While there, he met and married Marilyn Moody in the Salt Lake Temple on May 21, 1953. Verl served in the Air Force during the Korean War and was a dedicated State Farm Insurance agent for over 40 years, working tirelessly to provide and take care of his precious family! He and Marilyn settled in Twin Falls, Idaho, where they raised their three lovely daughters. They all loved spending time together at home, going camping (especially to Redfish Lake in the Sawtooth Mt. Range and Wasatch in Midway, Utah), traveling to church and national historical sites, and visiting relatives in Utah and back east! As long as Verl had a golf course close by, he was a particularly happy man!

Verl and Marilyn served an LDS mission together in the Chicago Temple, and subsequently served in the St. George Temple, as well! They were able to honor their 50th Wedding Anniversary on May 21st, 2003 before Marilyn's passing the next day on May 22, 2003 of terminal brain cancer.

Verl later met Janiel James, a longstanding friend to his sister, Jane. They were married in the Joseph Smith Building in Salt Lake City on June 22, 2004 and spent time in both their Highland home, the family St. George condo and traveled extensively together. Verl and Janiel had been married for 18 years at the time of his passing.

Verl loved nature and was always extra happy while out on the links and had the honor of winning several tournaments, playing on several courses with his golfing buddies, and hitting two holes-in-one during his lifetime. Later in life, his favorite combination was serving in the Mt. Timpanogos Temple and then going out to play a round of golf afterwards. Most of all, Verl truly loved the gospel of Jesus Christ, his family, and spending time with them, especially his dearest grandchildren --all being the ultimate love and joy of his life! He was positive, optimistic, and always counting his numerous blessings, being an example to all around him!

Verl is preceded in death by his parents Parley Mecham and Louie Mae Wardle Mecham; his beloved wife, Marilyn Ruth Mecham; and his sister, Joyce Lewis.

Funeral services for Verl Parley Mecham will be held on Monday, July 18th at 11:00 AM in the Highland 24th Ward building (Highland East Stake), 5212 West Country Club Dr, Highland, Utah. A family viewing will be held prior to the service from 9:15-9:45 AM and a public viewing from 9:45-10:45 AM with the family prayer immediately following afterwards. The family wishes to express their deepest love and gratitude for all the outpouring of love, caring, and concern from dearest family members and friends. Bless you all!

Please share a memory on Verl's Tribute Wall at www.AndersonMortuary.com.

Please click on the link below to watch Verl's services via live stream:

Send a Meaningful Gift
To order memorial trees or send flowers to the family in memory of Verl Mecham, please visit our flower store.