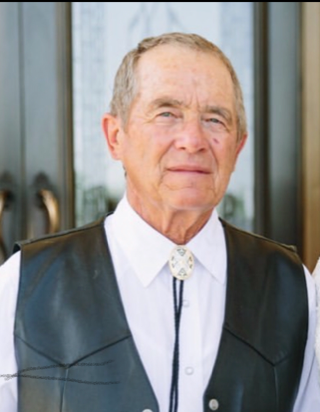 On August 6, 2020 Steven Lynn Savage passed away peacefully surrounded by his loving family at the age of 74.

Steve was born January 22, 1946 in Richfield Utah to Lynn and Virginia (Thompson) Savage. He grew up in Richfield riding horses, hauling hay, swimming in the canal, hunting, and fishing with his dad, brothers, and uncles. Those were great memories that he shared with his family often.

He attended Richfield High School where he played tennis and excelled in wrestling. One of his first jobs was delivering newspapers on a bike. He then started working at his family's petroleum company delivering fuel to farmers and ranchers in the surrounding area. After graduating RHS in 1964, Steve attended college at CSU (SUU) in Cedar City. He majored in drafting and math. He was offered a position to teach math but declined because he did not want to be confined to a classroom. This was about the time he developed a love for trucks. He was a hard worker and eventually owned and operated his own successful trucking business. In 1995, his son Kelly caught the bug and together they formed a transportation business and really enjoyed working together.

While attending CSU, Steve was introduced to Sue by mutual friends. They dated and were married in the St. George Utah Temple on June 3, 1966. They have been married for 54 wonderful years. They lived life together, it was full of love, respect, admiration, and fun. Not often would you see one without the other, they are best friends. Together they raised 2 children, son Kelly, and daughter Michelle. They loved spending time together as a family. Any spare time they had, you could find them boating on the lake, camping in the mountains, fishing, and riding motorcycles. At a young age, the kids loved going with Steve on the truck.  This continued as the grandkids came along and loved going with grandpa on the truck too. His greatest joy was spending time with the grandkids. It was common to have a grandchild call grandpa for help on a math assignment or school project. He even had to show up at school several times as grandkids had volunteered him for projects or experiments. He loved taking the grandkids camping, fishing, razor riding, kayaking, and most of all, teasing them every chance he got!  He also looked forward to the family reunion in the summer and the elk hunt every fall with his family. Because of the grandchildren, he got named Papa Sue. This was very much a term of endearment for him, it became his favorite title and was adopted by many. He was lovingly referred to as Papa Sue by many.

Steve was best known for his quick wit, great sense of humor, mild manner, and giving heart. We sure love you Papa Sue! We will surely miss you, your boots will never be filled, but you will be with us and we will be together again.

He is preceded in death by his parents Lynn and Virginia (Thompson) Savage, grandson Cameron McCandless, sister in law Marlene Savage, and sister in law Lila Hargis.

The family wishes to extend our sincere thanks to Intermountain Hospice, especially Nurse Whitney who went above & beyond.

Graveside services will be held Saturday August 15, 2020 at 11:00 AM in the American Fork Cemetery, 600 North Center Street.  A viewing will be held Friday from 6-8 PM & Saturday from 9:30-10:30 AM at Anderson & Sons Mortuary, 49 East 100 North, American Fork. Due to COVID19 a sign up Genius button should be used to schedule at time to come to the viewing on Steven’s obituary page at andersonmortuary.com. Please share a memory on Steven’s Tribute wall.

To order memorial trees or send flowers to the family in memory of Steven Savage, please visit our flower store.