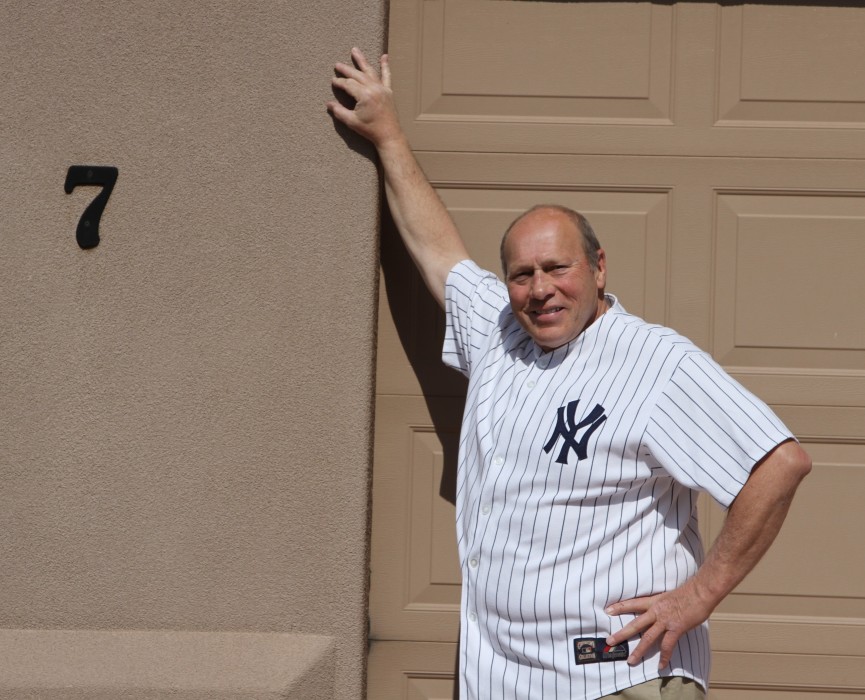 Steven Dee Hunter, age 75, passed away peacefully on February 24, 2020, from complications of pneumonia. He was born on May 11, 1944, to Jay Graff and Virginia Hansen (Hunter). Later adopted by Dee R Hunter. He was the oldest of three boys.

Steve was a star athlete and graduate from American Fork High School. He was blessed with two sons, Wade and Clay, from his first marriage. He was blessed again the day he met his eternal companion, Connie Fugal and her baby son, Kurt. Steve was the smartest trench digging, sports announcing, truck driving worker that ever lived.  The life he provided for his family was more than he ever realized. He definitely had the gift of gab and an uncanny ability to connect with people and make life long friends.
His loves in life were the Yankees, his daughters, Brooke and Nicki and a cold Coca-Cola...probably in that order. He also enjoyed fishing, playing golf, NASCAR, reading the Sunday comics, hot rods and visiting with friends.

His love for the gospel was deep and personal which proved evident when he and Connie served a mission for The Church of Jesus Christ of Latter-Day Saints in up-state New York. He loved his family more than anything. If he could have stayed here on earth it would be for his grandkids! When he talked about them, actually when he talked about anything, his chin would quiver and he would fight away the tears. He was a giant of a man with the most tender heart!

He was proceeded in death by his parents and his brother, Dale (Evelyn) Hunter. He is survived by his wife, Connie, his children Wade Ryan (Carolee), Clay Hunter (Lisa), Kurt Hunter (Julie), Brooke Hunsaker (Brian), Nicole Burton (Bryce), his brother Lynn Hunter (Diane), 19 grandchildren, 5 great-grandchildren and the entire Yankee line-up.
Funeral services will be held on Saturday, February 29th, 2020. North Field Chapel 408 W. 1300 N. Pleasant Grove, Utah. Viewing will be from 10:00-11:30am and service will start at 12:00. Burial in American Fork Cemetery.

To order memorial trees or send flowers to the family in memory of Steven Hunter, please visit our flower store.