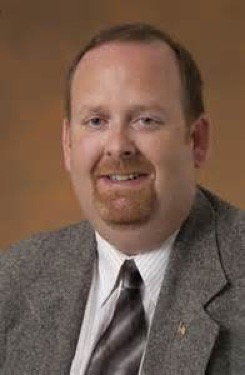 Stephen J. O’Hearn passed unexpectedly at his Highland home on December 27, 2021.  Stephen was born in El Paso, Texas to Dominique and Charles O’Hearn on February 17, 1961.  With his father in the military he was blessed to live many places as a young boy.  Within the United States he lived in Texas, Illinois, Indiana, Ohio, New Mexico, Virginia, and California.  Stateside he participated in cub scouts and he learned to play the cello.  Internationally, his family made their home for a time in Germany, where he attended kindergarten, and developed a love and understanding of the language, and an affection for German food.  In South Korea he attended the Seoul International School, picked up some of the Korean language, and took piano lessons from a private tutor for a year.  He spent many summers with his grandparents in Biarritz, France, and vacationing with his parents in Europe.  In Belgium he graduated a year early from High School from the prestigious International School of Brussels with an ROTC scholarship from the US Navy in Nuclear Engineering.

Eventually he landed in Los Angeles, where he graduated Northrup University in Aeronautic Engineering, and went to work for such companies as Sequoia Research, TRW Inc., Amgen, and Northrup Inc. where he worked on exciting projects like the B2 Bomber.  It was during this time in Southern California that he met his beloved Sabina Wuertenberger and began a beautiful love story with her.  They married December 8, 2001 and set off on adventures big and small together.  They made their home together in El Segundo for 16 years before relocating to the beautiful mountains of the Wasatch Front.

Stephen could see that technology was evolving, and that IT was the wave of the future, so he redirected his career.  He became educated and certified in the field of Computer Sciences and Internet Technology, and joined the Jet Propulsion Lab (JPL) family in Pasadena, California, where he worked for the past 20 years.

Stephen was a brilliant man who had a love of fast cars and high speeds, airplanes and rocket ships, firearms and tactical gear, and German Shepherd dogs.  He loved precision and mathematics.  He spoke both German and French.  He participated in BMW training on the Nurburgring “Green Hell” race track in Germany several times.  Sabina aptly referred to Stephen as “the most interesting man in any room”.  He was very accomplished, and knew how to get a job done, but to those who knew him best he was humble, and kind, and generous.

Stephen is survived by his beloved sweetheart, Sabina, his father Charles, and his children Jason Hass and Lance Hass.  He was preceded in death by his mother in October 2021.

A memorial celebration of his life and his birthday will take place for family and friends on February 19th at 2:00pm at the Highland West Stake Center at 11605 North 6000 West in Highland, Utah.

To order memorial trees or send flowers to the family in memory of Stephen O'Hearn, please visit our flower store.