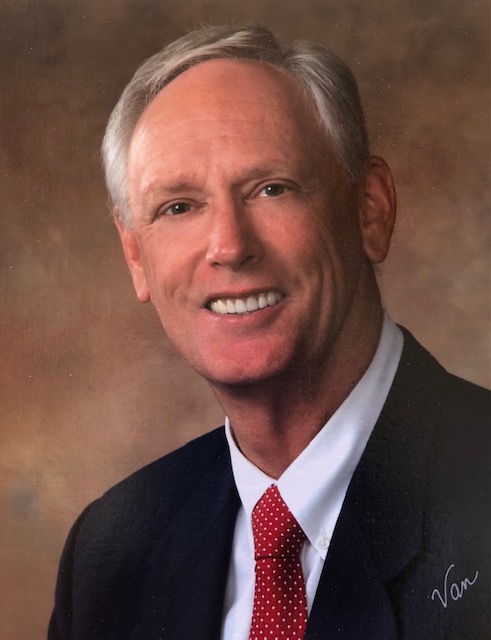 Stephen Dale Hanks, 78, peacefully passed away in his home in Cedar Hills, Utah, on January 31, 2022.  He was born December 15, 1943 in Portland, Oregon, to Eldon Hanks and Mildred Standley.  Steve married his wife, JoAnn Hoffman, in 1969.  He held degrees from Brigham Young University and Washington University in St. Louis, and served in the Navy Reserves.

Among his titles he was Dad, Grandpa, Elder, Bishop, and Orthodontist.  Steve practiced orthodontics in Las Vegas, Nevada for 28 years before retiring to serve missions for the Church of Jesus Christ of Latter-day Saints.

Stephen was a scholar of many things and was always involved in a new hobby.  He grew up riding horses and playing sports in La Grande, Oregon and Reno, Nevada. Early in his career he was a pilot, downhill skier, scuba diver, photographer, traveler, and frustrated golfer.  He always cheered for BYU (especially football and basketball).  Recently, his grandchildren know him as a SPACE X fan.  Stephen was dedicated to his family and to the Church of Jesus Christ of Latter-day Saints.  He was always a teacher at heart and loved teaching.

He will be dearly missed by his family who know him as funny, thoughtful, generous, and devoted.  He is survived by his wife, JoAnn; sister, Susan Thresher; seven children, Whitney Blackburn (Christopher), Bethany McDonald (Devin), Rachel Halatokoua (Tevita), Meredith Lillywhite, Amanda Warren (Jess), Abigail Ure (Peter), and Jordan Hanks (Vanessa); twenty-five grandchildren (expecting a set of twins); and his faithful canine companion, Akamai. He was preceded in death by a son, Stephen Andrew Hanks.

Interment will take place at the Highland City Cemetery, Anderson and Sons Mortuary in Highland Utah.

To order memorial trees or send flowers to the family in memory of Stephen Hanks, please visit our flower store.