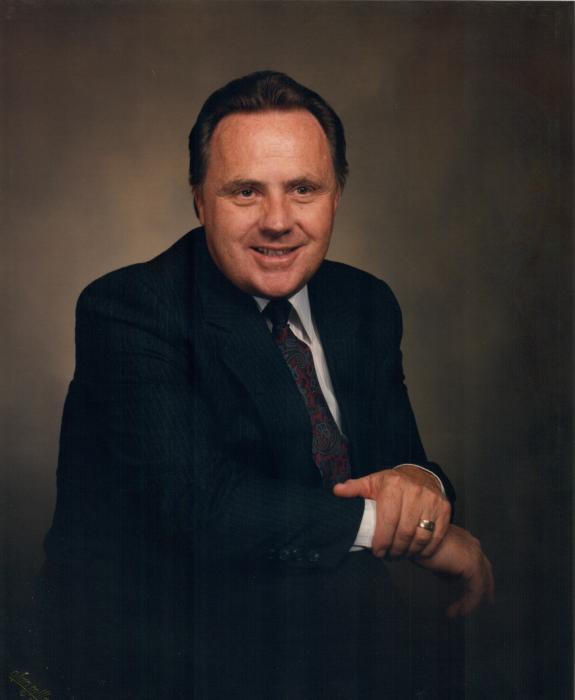 Stephen was born in American Fork on Sept. 20, 1942, the oldest of five children of Jesse LeGrand and Cora Loraine Beck Adamson. He always considered himself born of goodly parents. He grew up in unincorporated Highland with significant responsibilities on the family farm while his father worked as a carpenter to supplement the family's income. The Adamsons sold cash crops to the local cannery and also had a commercial egg operation.

Stephen was a happy child who loved the outdoors and helping on the farm. He learned to ride horses and drive a tractor when very young and liked doing both. He enjoyed sports of all kinds and had a particular affinity for baseball and basketball. He also learned to play the piano and organ and used this talent in various church settings. He was a member of the 4H Club in elementary school and was an active participant until he was able to join the Future Farmers of America (FFA) when he entered ninth grade.

His activities with the FFA consumed most of Stephen's spare time during his high school years and provided him with many opportunities for service and growth. He filled roles as chapter reporter, treasurer and president, then went on to the office of state reporter. The family's small herd of Herefords began as an FFA project, and he and his father in partnership built an ultra-modern laying house for 4,000 hens to boost the family's egg production business. He attended the FFA National Convention twice and was also one of Utah's four student delegates to the National Youth Power Congress in 1960 organized by then-Secretary of Agriculture Ezra Taft Benson. He won the State Star Farmer award his senior year and received his American Farmer degree two years later.

Stephen was an active member of the Church of Jesus Christ of Latter-day Saints his entire life.  Following his first year of college, he served for two years in the New England Mission, including 16 months in Newfoundland, Canada. He graduated from USU in 1967 with a bachelor's degree in agriculture and a minor in economics. He also earned the necessary teaching credentials in vocational agriculture as well as for the predecessor of the Church Education System.

He was drafted into the US Army after graduation and was commissioned as a second lieutenant in the Artillery Branch in 1968 after successfully completing Officer's Candidate School. He served three more years on active duty, including 12 months in Korea, where he was awarded the Meritorious Service Medal for exceptional contributions. He then spent the next 15 years in the Reserves, finishing at the rank of major with two more commendation medals and seven altogether.

Stephen spent most of his business career in agricultural finance. At one time he was involved in assisting many farmers in Utah and even some in Idaho. In 1992 he became a partner in a venture which brokered loans and leases for agricultural purposes. He later branched out and formed his own business, J & S Financial, which he and his wife Jane, and later youngest son Jared, ran until his retirement in 2015.

Stephen served faithfully in his church responsibilities wherever he was called and always said whatever position he had at the time was the best job in the Church. He was called as a bishop for the first time at age 30, and later served 12 years at the State Developmental Center as high councilman and then bishop. He also served in a branch presidency with the senior missionaries at the Missionary Training Center.

Among his many other callings, he was a Young Men's president at both the stake and ward level, and a long-time, exemplary leader in the Scouting program, for which he eventually received the Silver Beaver award. He also served joyfully as an early-morning Seminary instructor and a Primary teacher.

All nine children and their spouses survive, along with his beloved eternal companion Jane, 26 grandchildren plus four spouses, and four great-grandchildren; also his siblings Eric, Mac, Loraine and Joel. He was preceded in death by his parents. He will be deeply missed by his wife and family.

To order memorial trees or send flowers to the family in memory of Stephen Adamson, please visit our flower store.