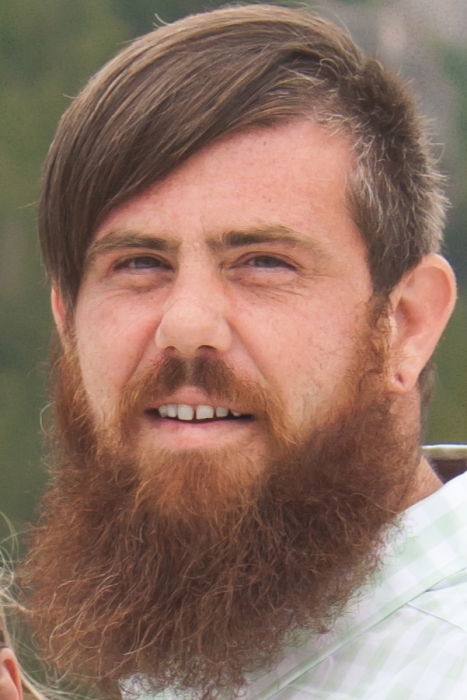 Shay Armon Sawls, 33, who grew up in American Fork, passed away on Saturday April 4, 2020. He was born on October 14, 1986 in Salt Lake City, Utah the son of Robert Eugene Sawls & Michelle Hampton. Shay met the love of his life Marsadie Lynn Vandrimmelen in 2011 and they were later married November 14th, 2015 in Lehi, UT. Together they had three beautiful children: Marley, Kennedy, and Lyric.

Shay was loved by everyone who knew him and will be greatly missed. He was always making jokes and making everyone around him laugh. There was never a dull moment when Shay was around. Shay's whole world was his wife and children. He was so proud of his family and gave them all of his love. His favorite place was with his family. Shay and his wife Marsadie had one of the most special relationships, which was so full of love.

One of Shay's passions in life was music. He learned how to play many instruments throughout his life, but his favorite was his bass guitar. Shay enjoyed bonding over video games with his wife, kids, brother Seth and many friends. He had the sweetest, loving soul with the biggest heart that will be missed by everyone who knew him. If you had the privilege of being hugged by Shay, you by far received the best hug in the entire world!

A viewing will be held on Saturday, April 11th, from 11:00am - 1:00pm this service is being held in compliance with present rules surrounding COVID-19. There is a come and go opportunity for friends and family to say a last goodbye. We will be following the guidance & recommendations of having ten people or less at one time during the viewing. The family recognizes that physical contact is a natural way of showing your love and support during their time of grief. However, we ask that you please practice social distancing in order to keep everyone healthy. The family understands that some may not feel comfortable attending at this time so a celebration of life will held at a later date and will be announced via social media. To help the family with their financial burdens at this time, please consider donating to the Go Fund Me account setup in their honor: https://www.gofundme.com/f/the-sawls-family-medical-expenses?utm_source=customer&utm_medium=copy_link&utm_campaign=p_cf+share-flow-1

To order memorial trees or send flowers to the family in memory of Shay Sawls, please visit our flower store.