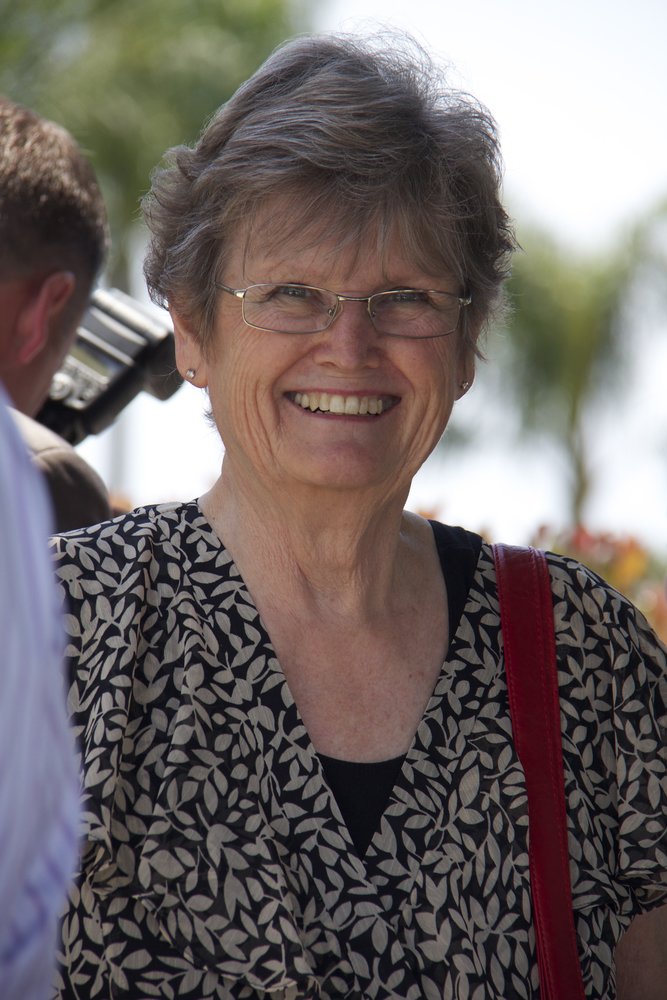 Sharon Lee Dustin, 75, passed away peacefully in Lehi on June 8, 2018 of causes incident to age. Sharon was born December 15, 1942 in Concord, CA the first of five children to Gladys L. and Floyd Potter. She was later adopted by George Trahan, her mother's husband, in 1963.
She spent most of her early years in Monterey California, living in both Seaside, Los Banos and Gustine. As a young adult she moved with her parents to Lancaster, CA. In Lancaster she attended cosmetology school.  She met and later married Allen Fornatus Dustin while living in Lancaster. They married July 27, 1964 in the Los Angeles Temple and were blessed with four children: Lana, Adam, Greg and Joshua. They resided in Lancaster, CA. from 1963 to 1999 where they served in their church and local community. In 1999 they relocated to American Fork, UT.
Sharon was a member of the Church of Jesus Christ of Latter-day Saints and had a great love for the scriptures and the eternal truths they teach. She joined the Church on October 3, 1953 at the age of ten, along with her parents and siblings. Sharon served in various positions within the LDS Church, including Stake Primary President, Relief Society President (3 times), Young Women's President, Visiting Teacher, and many callings in and around temple and family history . She also served a three year service mission in the Salt Lake City Church Office Building from 2003 to 2006, an eighteen month mission to the Jacksonville, Mississippi mission from 2010 to 2011. Sharon also loved serving in various callings in the Mount Timpanogos Temple , including Temple switchboard secretary and at the Family Desk from 2002 to 2006.

A cornerstone in Sharon's life and service was her devotion to family history. She dedicated countless hours to family history research and study. She had a compassion and love for those that had passed before her and made it a key part of her life's work to perform saving ordnances for her kindred dead. She worked as a family history consultant in both Lancaster, CA and in Salt lake City, UT.
Sharon was a devoted mother, caring friend, convivial person with a contagious laugh and an electric smile. She was passionate about gardening and maintained beautiful gardens in both Lancaster and American Fork, with special attention to roses, clematis and anything purple or violet, her favorite color. She passed this love onto her children and grandchildren.
She is survived by her mother Gladys L. Trahan, her four siblings, her children; Lana Osmun, of Lehi, UT Adam F Dustin of Carlsbad, CA Greg A. Dustin of Canton, GA and Joshua A. Dustin of Cumming, GA nineteen grandchildren and 2.5 great-grandchildren. She was preceded in death by her father, George Trahan.
Funeral services will be held Saturday, June 16, 2018 at 11:00 a.m. in the Manila Stake Center, 850 North 900 East, American Fork.  A viewing will be held from 9:45-10:45 a.m. at the church prior to the services.
Burial will be in Highland City Cemetery.  Please share a memory at andersonmortuary.com.

To order memorial trees or send flowers to the family in memory of Sharon Dustin, please visit our flower store.