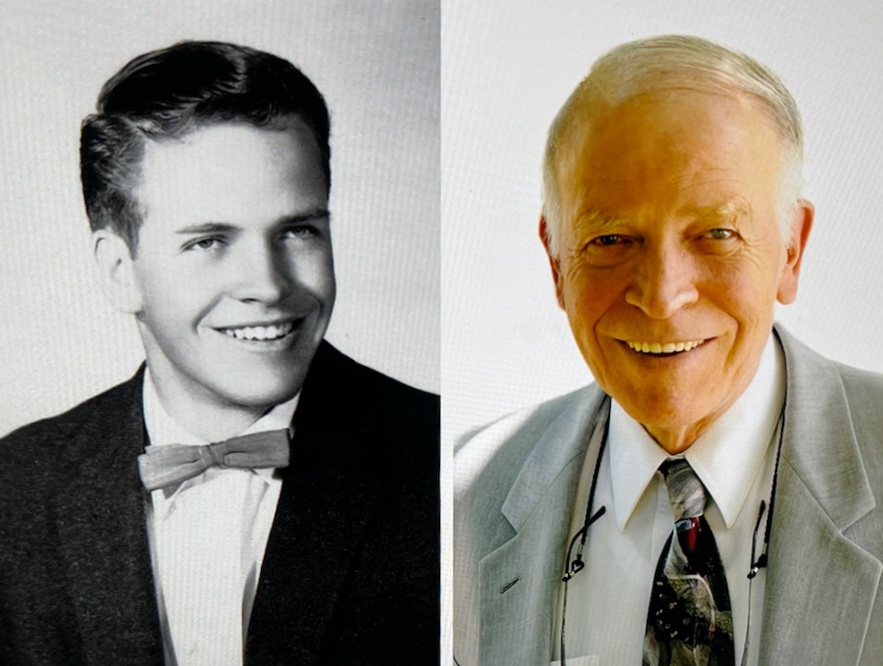 Russell Owen Carr passed away from complications due to cancer on Dec. 27, 2021.


He was born in Provo, UT, on July 26, 1938, to William Cecil Carr and Naomi Cottam Carr. He is the second of six siblings, which include, in order of birth: William Charles Carr, Mary Eleanor Carr Ward, Ruth Ann Carr Johnson, the late Rebecca Carr Lewis, and Deborah Carr Bohman. All six siblings have remained close and enjoyed a special bond throughout their lives.


Russell spent his early years in St. George, UT, and Berkeley, CA, where his father was going to school. The Carr family then moved to Utah where Russ graduated from Lincoln High School in Orem. The family then moved to Hawaii, where Russ graduated with an Associates Degree as a member of the second graduating class from the Church College of Hawaii, today known as BYU-Hawaii.


Russell served two missions for the Church of Jesus Christ of Latter-day Saints in New Zealand; the first in the New Zealand Mission from July 1958 to January 1961, and the second in the New Zealand Wellington Mission alongside his beloved wife Lynne Harrison Carr from August 2003 to July 2005.


Russell met his sweetheart Lynne while attending Brigham Young University after his first mission, and he married her in the St. George Utah Temple on Sept. 7, 1962. They were married for 48 happy years until Lynne's death from cancer, whereupon Russell chose to marry again. He married a wonderful lady named Pat Barnett Carr in the Mount Timpanogos Utah Temple on Dec. 31, 2011.


Russ remained an active member of the Church of Jesus Christ of Latter-day Saints throughout his life and served in numerous callings, including as a bishop, as a member of his stake's high council, and as a temple worker in both the Provo and Mount Timpanogos temples.


Russell loved his Savior and loved helping others. He was a good man who always served his family and community with a cheerful heart and a generous nature. He was ever ready with a joke or story. We'll miss his whistling as he went about doing good each day.


Russell is survived by his wife Pat, six children, and two step-children, along with their spouses:

William Foster (Will) Carr and his wife Melissa


Though he leaves many loved ones behind, we know that he is now reunited with his wife Lynne, his son Nathan, his sister Becky, and many other family members and friends.

Click Here to Send a Meaningful Gift
To order memorial trees or send flowers to the family in memory of Russell Carr, please visit our flower store.