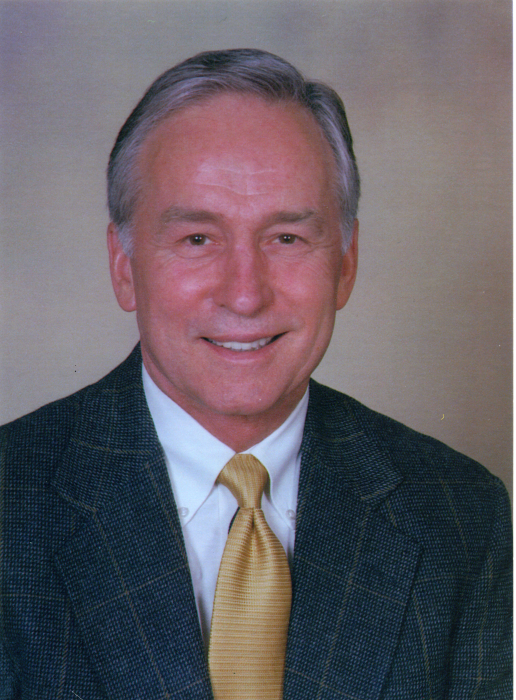 Ronald David Cantera, age 83, left this mortal life in the early hours of May 23, 2020, at the Charleston at Cedar Hills Senior Living Center in Cedar Hills, Utah. He died of natural causes. Often known as “Ronnie” as a boy, he was born in Highland Park, Mich., on March 24, 1937 to Angel Castillo and Lillie (Machek) Cantera. Ron was a 1953 graduate of Mackenzie High School on Detroit’s west side. He later obtained both undergraduate and graduate degrees in communications from Wayne State University. In 1961, he married Patricia Ann Gniech; the couple would go on to have six children.

Over the years, Ron worked as a sports journalist, a television news anchor, a public relations executive, and as both a college professor and administrator. Pursuing these interests gave Ron and his family the opportunity to live in and experience different and unique parts of the country. Ron was a lifelong sports fan, who liked to recall memories from his time as an usher at Tiger Stadium, a summer job he worked as a teenager. Later in life, one of his greatest joys would be to watch his grandkids compete and excel in sports. Devoted to ice hockey and the hometown Red Wings since childhood, Ron landed a dream job in the 1960s when he became the team's public relations director. The high profile position gave him many post-game chances to interview Gordie Howe, whom Ron always insisted was the greatest ever to lace up a pair of skates.

A convert to the Church of Jesus Christ of Latter-day Saints, Ron was baptized on October 13, 1973. His dedication to the gospel grew every day thereafter and would remain the guiding force throughout his life. Other than spending time with his 25 grandchildren, one of his greatest joys was singing with the Mormon Tabernacle Choir (1992-1997). He also enjoyed his many opportunities to deliver the Spoken Word at the Choir’s regular Sunday morning broadcast.

Our Dad/Grandpa Ron will be remembered for his never-ending supply of tootsie pops, his “funny” dad jokes, his inability to control the steering wheel when driving past a Dairy Queen, his unmatched knowledge of sports trivia, his ability to turn everything into a song, and his mantras that stick in our heads to this day. (“A place for everything, and everything in its place.”) (“Half as much, twice as slow.”) (“You’ll catch more bees with honey.”)

A viewing for friends and family will be from 11:45 AM-12:45 PM at Anderson & Sons Lone Peak Chapel, 6141 West 11000 North, Highland. See the orange SignUp Genius link below. Funeral services will be held on Saturday, May 30, 2020 at 1pm at Anderson & Sons Lone Peak Chapel, a limited amount of spots will be open for Ron's friends to attend the funeral service, see the green SignUp Genius link below. Ron will be interred at the Highland City Cemetery in Highland, Utah. In lieu of flowers, the family suggests sending memorial contributions to the LDS General Missionary Fund, the LDS Humanitarian Fund, or the Parkinson's Foundation.

To order memorial trees or send flowers to the family in memory of Ronald Cantera, please visit our flower store.