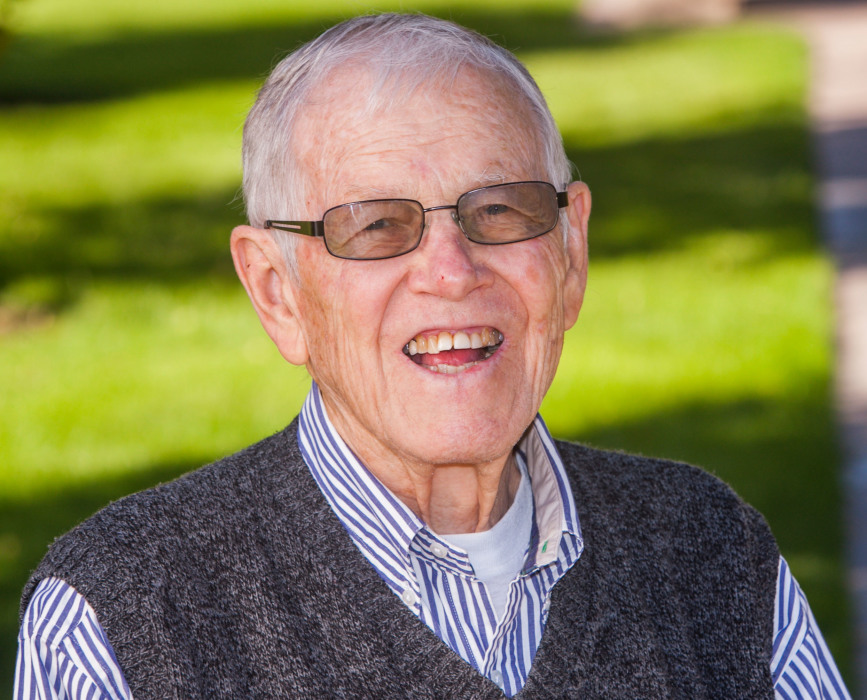 We celebrate the life of Robert Ronald Roush, who passed away on May 29, 2019, at the age of 85, in Provo, Utah. He was born on September 25, 1933 in Denver, Colorado to Robert Zeb Roush and Inez Myrth Noblitt. He graduated from Brigham Young University and earned his Master’s Degree at Utah State University. His happiest accomplishment was when he was sealed to Jerrilyn K Gunn in the Salt Lake Temple of the Church of Jesus Christ of Latter-day Saints on August 18, 1959. They began their almost 60 years of marriage in Ogden, Utah, where Bob dedicated his professional life to teaching history for over 38 years, most of which was at South Ogden Junior High.

Bob loved growing up in Dillon, Colorado where he explored the mountains, ranched, and rode horses with his three brothers, Rich, Jerry and Shelly. His love of music was fostered by his family’s joy of performing together, and he played the flute, clarinet and piano. He was a member of the BYU Men's Chorus and many other choral groups, where his tenor voice was a great asset. Being extremely energetic and creative, he enjoyed skiing, sailing, model railroading, and photography.

Bob was a devoted husband, father, grandfather and great grandfather who used his talents and spiritual strength to serve his family. His favorite talent was woodworking, which inspired him to make wonderful creations such as toys, beds, playsets and rocking horses for the many people he loved.

Bob was converted to the Church of Jesus Christ of Latter-day Saints while serving in the US Army during the Korean War. His pure and simple faith never faltered. He served in bishoprics and on the high council, but his real love was always teaching. He enriched the lives of others as he and Jerrilyn served for three years in the New York, New York South Mission and eight years at the Church Employment Center in American Fork, Utah.

He is survived by his wife, Jerrilyn; his children: Timothy (Laura), Kimberly (Scott) Shields, Andrew (Jennifer) and a daughter-in-law Tiffany; 37 grandchildren; 23 great grandchildren; and his siblings: Richard (Ivena), Gerald (Elaine) and a sister-in-law Linda. He was preceded in death by his parents, Robert and Inez, his brother, Sheldon, and his son, Matthew.

The family wishes to thank all of Bob’s doctors, caregivers and loved ones for their dedicated service.

To order memorial trees or send flowers to the family in memory of Robert Roush, please visit our flower store.