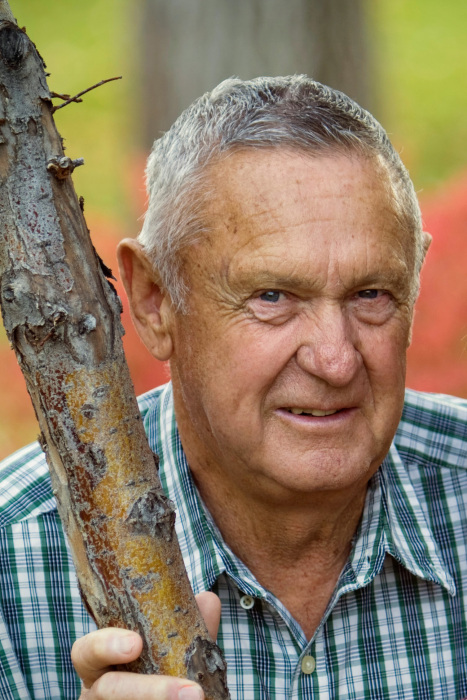 On January 30, 2021, our beloved husband, father, and grandfather, Lynn Hutchings passed away peacefully at his home of natural causes.

Lynn was born on October 21, 1932 in Lehi, Utah to Bert and Vera Hutchings. Lynn graduated from Lehi high school.  He attended BYU, where he wanted to major in Geology.  Lynn has lived in Lehi, Park City, American Fork, and New Zealand.

Lynn was president of the American Fork Lion’s Club, was a volunteer at the American Fork Senior Citizen Center, a docent at the John Hutchings museum in Lehi, and was an active member of the LDS church. He held many church callings including: serving a lifetime in scouting from Webelos to Scoutmaster, where all of the boys loved him, a service mission in Provo where he taught english in a Spanish speaking ward, a faithful mission with his beautiful wife Carolyn in Auckland, New Zealand where they were assigned to the temple visitor center, served as a temple worker, was an executive secretary in the bishopric, a primary teacher, as well as many other callings.  He was faithful to the end and went above and beyond in every calling he served in.

Throughout his life he enjoyed hunting, especially the family pheasant hunt.  He was an avid outdoorsman in which he enjoyed rock hunting, camping, water skiing, fishing, and making jewelry out of the rocks and fossils he collected.  He especially enjoyed traveling but loved his family most of all as they were his greatest joy.

Lynn leaves behind his dear wife Carloyn Curtis Hutchings, his three children and their spouses: Dale and Laurene Hutchings, Jann and Mark Christiansen, and Scott and Teri Hutchings. His stepdaughters and spouses Tiffany and Doug Barlow and Stephanie and Cory Clawson.  16 grandchildren and 23 great grandchildren.

He is preceded in death by his first wife Barbara, his daughter Janet Lynn, his parents Bert and Vera Hutchings, his sister Vella, and grandson Richard Shawn Hutchings.

For those who cannot attend in person, a Zoom link will be provided by Anderson & Sons Mortuary.

Internment will be at the American Fork City Cemetery.

Special thanks to Dignity Hospice and our angels at December Rose: Allen, Andrew, Mitchell, Brady, and Jeff.

To order memorial trees or send flowers to the family in memory of Richard Hutchings, please visit our flower store.