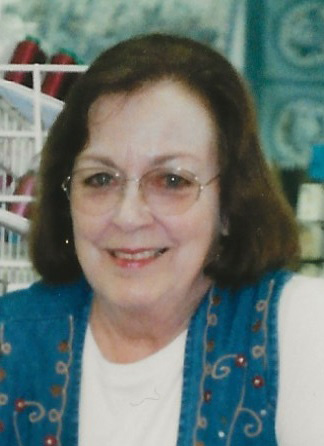 Rayetta M. Bate passed away the morning of October 19, 2020, in Lehi, Utah.  She was born August 30, 1935 in Kankakee, Illinois to Raymond and Geraldine Chayer. The family moved to the LA area when she was young.  In December 1957, she fell in love with Ronald Dick Bate and married ten days later in American Fork.   She was a devoted Navy wife and traveled to many foreign duty stations until moving to American Fork in 1976.  Dick and Rayetta loved to play golf.  The two of them ran Ron’s Glass & Paint & ACE Hardware from 1976 to 1984. When Dick fell ill, Rayetta cared for him until his death in 2008.

She was a loving mom and grandma; she will be truly missed. Rayetta was preceded in death by her husband Dick and sister Judy.  She is survived by her children, Kelly Davenport (Randy), Susan Pendleton (Blair) and grandchildren, Deven Davenport (Christie Porter), Gray Davenport, Lauren Hansen (Chris), Emily Pendleton, Erin Pendleton and great grandson Maddox Davenport.  Graveside services will be held Friday October 23, 2020 at 3:00pm in the American Fork Cemetery (600 North Center Street).  A viewing will be held by signing up through signup genius on the andersonmortuary.com website Friday from 1:45 to 2:45 pm.

To order memorial trees or send flowers to the family in memory of Rayetta Bate, please visit our flower store.