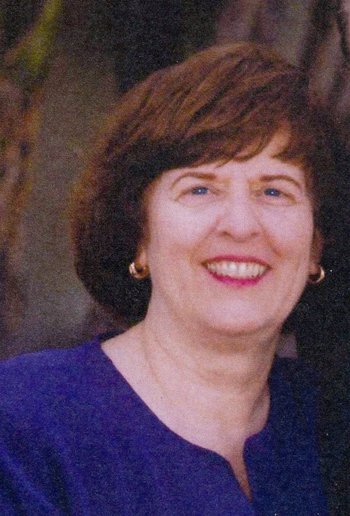 Randy Eileen (Eatough) Nelson, born April 17, 1943 to Gordon Watson and Mary Clare (Erikson) Eatough, passed away in Burbank, California on October 11, 2018.  She is survived by her husband Richard Nelson, her sisters Carolee Lowry and Margo Spencer, her brother Greg Eatough, her children Marcia Jackson, Judith Miller, Paul Nelson and Joanna Nofsinger, and 11 grandchildren.
Raised in American Fork, Utah, Randy was an accomplished pianist, winning several awards, including her high school "letter."  She held several jobs and especially enjoyed working at the "Hi Spot."  After graduating from American Fork High School in 1961, she went on to graduate with honors from Brigham Young University in 1965, earning a double major in Chemistry and Microbiology.  Shortly before earning her college degree, she met and married Richard Nelson of Van Nuys, California.  The couple moved to Encino, California and Randy became a medical technologist/clinical laboratory scientist for St. Joseph's Medical Center in Burbank, California.  At the time of her retirement she was the hospital's longest-term employee, working at "St. Joe's" for 47 years.
Randy was a loving mother.  In addition to raising her own four children, she opened her home to four foster children and also several members of her extended family. She took particular pride in helping young children learn to read, master their multiplication tables, and value their education.   She had a decades-long passion for genealogy and enjoyed the thrill of finding a new ancestor, linking records to document how ancestors were related, and sharing stories about the people she found. A gifted organist, she played regularly for church meetings at the Encino Ward of The Church of Jesus Christ of Latter-Day Saints, where she was a faithful member.  She was a professional cake decorator, taught piano lessons from her home and was the music teacher at a local preschool.  She could regularly be found knitting sweaters, crocheting afghans, or finishing flannel baby blankets for hundreds of family members and friends.  Her handmade gifts have traveled around the world, and can be found in the homes and hearts of children and grandchildren of neighbors, friends, and even a former Texas governor.
Funeral services will be held at Anderson & Sons Mortuary, 49 East 100 North, American Fork, Utah on October 20, 2018 at 2:00 p.m. A viewing will be held prior to the services starting at 12:45 p.m. Burial will follow after the services at the American Fork Cemetery. An open house celebrating her life is scheduled for October 21, 2018 from 12:30 p.m. to 3:00 p.m. at The Church of Jesus Christ of Latter-day Saints located at 5338 White Oak Blvd, Encino, California. Please share a memory at andersonmortuary.com.