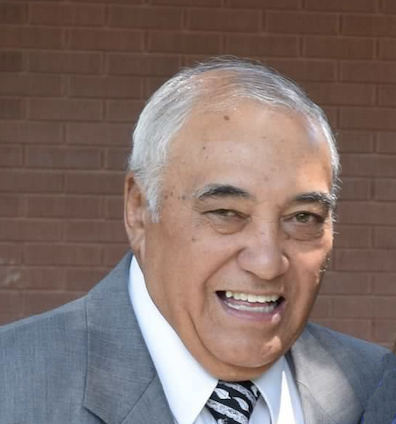 Rakaipaka was born October 29, 1936 in Hastings, New Zealand to Ka Puriri Tipoki and Whitiora Tipoki.  Ka gave her oldest son to her brother Rakaipaka and his wife Hera Karipa Puriri, because Ra & Hera couldn’t have children and Ka loved her older brother.  Ra grew up in Bridge Pa, New Zealand, two houses from his birth parents and siblings.

After high school, Ra went to Temple View to serve a labor mission building the Church College of New Zealand and the Hamilton Temple of the Church of Jesus Christ of Latter-day Saints, along with about 200 young men.  He chose the plumbing crew with supervisor Dave Evans.  The skills he learned on his mission served him for a lifetime of hard work.  He met another Labor Missionary who was serving in the Construction office, Margie Ahmu.  They fell in love and married March 8, 1958—later sealed in the NZ Temple upon its completion.  They had 6 children:  Rakaipaka Olsen, Moana Annalene, Colin Miles, Michael Wayne, Hata Earl and Telisa Dora.

Ra honed his plumbing skills working throughout New Zealand. He continued to play rugby (well into his 40s).  He shared his passion for rugby with his sons and together they have influenced thousands of young men and young women to love the game like him.  He was a Christ-like man in all that he did, often refusing payment for his labor (he did a ton of jobs taking cookies and chocolate cake as payment).  Ra’s the guy who would stop to help a stranger stranded on the road.

Ra and Margie always dreamed of coming to America and did so in 1973.  They landed in Cerritos, California and the LDS Cerritos Third Ward quickly embraced the whole family.  They lived in California for 5 years, then moved to Alpine, Utah in 1978, where they have resided for almost 45 years.

The most important thing in Ra’s life was the gospel of Jesus Christ and his family.  He had a firm testimony of Jesus Christ.  He was a man without guile and friend to all.  He served faithfully in many Church callings.  He was influenced by many LDS missionaries that served in New Zealand, especially Matthew Cowley, who often stayed at his boyhood home, in a special room his Dad built as an addition to their house.  Ra had to come all the way to America to relearn his native tongue from returned missionaries that spoke fluent Maori.

Ra was preceded in death by his youngest son Hata (Dec. 2020), both sets of parents, his sisters Hine Hapi and Alice Theodore (who passed away Oct. 20, 2022), and his brother Robert Tipoki. He is survived by his wife Margie, his children—Rakaipaka (Lani), Moana (James), Colin (Coi), Michael (Kristina), Teresa Puriri, and Telisa (JR); 31 grandchildren and 22 great-grandchildren.  He’s survived by his siblings, Hata Tipoki (Joyce)(NZ), Doreen Tipoki (NZ), Rawinia Henderson (Australia) and many nieces, nephews and cousins.  Kia Kaha!  Kia Ngawari!

To watch Rakaipaka's services via live Stream please click on the link below:

To order memorial trees or send flowers to the family in memory of Rakaipaka Puriri, please visit our flower store.