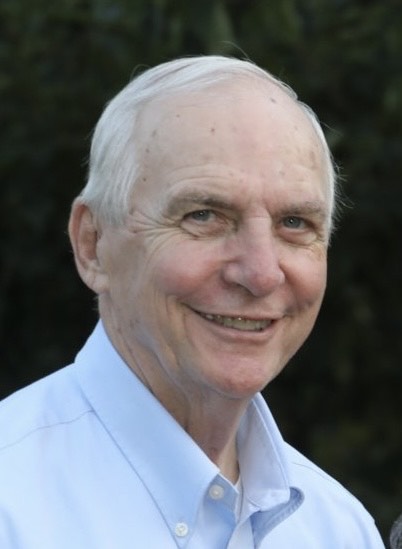 Few people, just being themselves, make everyone feel better and happier about themselves. Race Davies did it with his family, his friends and even strangers, with ease. He collected people who loved him, and stayed close to all his long- time friends. His accomplishments rarely got much press but he made sure that others who did well received his approval. He ran distance races on the high school track team, some said on one leg because a chunk of his femur was removed as a kid due to a bone infection (osteomyelitis). The previously infected but now shorter leg didn't hold him back. As a junior he ran the best time in the mile at Idaho Falls High School. The next year his friend, Jack McMillan, trained with Race. Race described Jack as a "natural", and bested Race and went on to the State track meet. Jack returned with a gold medal and they both celebrated his victory.

He was born in Plano, Idaho in 1936. He claimed he never met his wife, Rosalyn Nuttall (Rosie)... because he always knew her. His parents, Russell Hodgson Davies and Alta Johnson Davies, had rented a home next to Nuttall's Grocery, about a block away from East Side Elementary. He graduated from high school in 1954 and went to BYU to earn what his father called "A Sheepskin", a Bachelor's degree in History in 1961.

His brother RJ was less than 2 years older. They were rarely separated in their youth, college years or in marriage. They served missions that overlapped. Race rode the train to the Southern States Mission while RJ flew to Central America. They returned to attend BYU together and were soon engaged to roommates, Rosie Nuttall and Jeanette Griggs. Both couples were married the same summer of 1959, and each couple had their first child about a month apart from each other the following year. Race and Rosie lived together in married student housing at BYU until he graduated in History.

They moved to Shelley, Idaho and rented a "basement home" while he taught at the local high school. Their second child, Russell, arrived the same day as his father, Russell, suffered a massive heart attack and Race missed the birth while cajoling his hesitant father into the ambulance. Teacher salaries in California were almost double those in Idaho, so Race and Rosie, RJ and Jeanette shared a U-Haul and moved to Vacaville and Napa, California, respectively.

While teaching, Race took an exam for entrance into graduate school and received a Ford Foundation Scholarship based on his scores to do postgraduate studies and obtain a Doctorate degree in Political Science. After receiving his PhD, Race and Rosie moved to Pullman, Washington so he could start teaching at Washington State. There he gained a reputation in the community as a defender of The Church of Jesus Christ. The family moved to Pocatello in 1978 where Race taught at Idaho State.

In 1981 they moved to Springfield, Illinois where he taught and did research at Sangamon renamed University of Illinois at Springfield. During this time, he became involved in doing political and statistical research and testifying as an expert witness in lawsuits brought by attorneys for the Center of Justice to open up voting for minorities in two states. He then became a legislative analyst in the Capitol Building.

In the 1990's they moved back west, living in Alpine, Utah and Race worked for the governor's office, administering budgets for Utah Higher Education. For several years in retirement, they were snowbirds spending time in Texas with Marshall's and Ginger's families that lived there. They loved having visits with their 6 children, 27 grandchildren and 18 and growing number of great-grandchildren.

Church callings included being in the bishopric of the Vacaville, California Ward, Bishop of the Springville, Illinois Ward, as a Stake Patriarch in Springfield, Illinois and the same calling in the Alpine Stake. Race and Rosie served several years at the Missionary Training Center in branch presidencies and also worked in the American Fork Temple.

Race and Rosalyn have always been so proud of their six children and their spouses. Linda and Scott Hamblin of Alpine, Utah; Russell and LuSz Davies of American Fork, Utah; Ginger and Kevin Paruszewski of Spring, Texas; Marshall and Rei-Luan (Mandy) of Spring, Texas; Shelly and Kevin Bartlett of San Ramon, CA; and Andrew and Amie Davies of Orem, Utah. Race had two younger brothers who saw him as a role model. Ric married Judy Zavala and Bard married Nancy Thomas. Some of Race's last compliments were about how blessed the Davies boys had been in choosing lifelong companions. Yes, he was practicing "How to Win Friends and Influence In-laws" right to the very end.

The family wants to thank his pulmonologist, Dr. David Bradshaw, and the medical staff at the American Fork Hospital for the wonderful care provided and RJ's daughter-in-law, Suz Davies, for arranging and providing hospice care.

Race passed away on Wednesday, the 16th of March, 2022 from pulmonary fibrosis, surrounded by all his children and Rosie. He was preceded in death by his parents, his brother RJ and sister-in-law Jeanette, and his granddaughter Brittney Dion Paruszewski. His funeral will be held on Monday, March 21st at the American Fork 6th Ward Chapel, 320 North 100 East. A viewing will start at 9:45 AM and go until 10:45 AM before the funeral as well as one on Sunday, March 20th from 6:00 PM to 8:00 PM at the same location. For those unable to attend the service, there will be an online live feed and later, a recording of the event.

Here's a link to a wonderful interview with Race and Rosie on a program called Story Trek that was broadcast on KBYU about the effect of a baby grand piano purchased by the Davies Family.
https://www.byutv.org/player/f1bfcf3e-8c52-4eb7-b7cf-941fb49813a1/the-story-trek-piano-prodigies

Please share a memory on Race's Tribute Wall at www.AndersonMortuary.com.

Send a Meaningful Gift
To order memorial trees or send flowers to the family in memory of Race Davies, please visit our flower store.