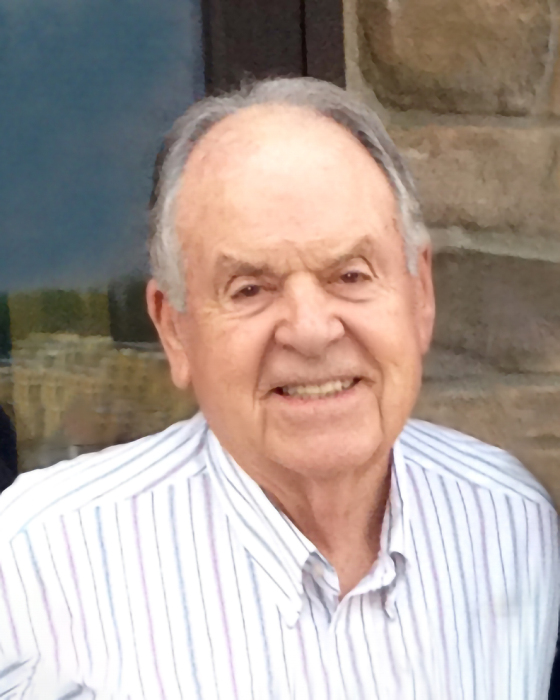 Paul was born September 14, 1930 in his Grandparent’s house in Pleasant Grove, Utah to Marion LeFay and Lexi Hone Steele. He was the eldest of three children. He grew up in very humble circumstances in American Fork just a few blocks East of his current residence.

He graduated from American Fork High School in 1948 where he promptly began his college studies at BYU. During his Freshman year, Paul met Maxine Binch. Paul was persistent enough to eventually find a place in Maxine’s heart and the two were married on November 24, 1951. In addition to Paul’s calm, patient, and deliberate demeanor, he was steadfast in his commitment to Maxine for 69 years. Paul graduated from BYU in 1952 with a Bachelor’s Degree in Botany and a Minor in Chemistry. He eventually earned his Master’s Degree in Chemical Engineering. He remained a loyal fan of BYU football and basketball for the rest of his life. After many years as a dedicated scout leader, he was presented with the distinguished Silver Beaver Award in 1976.

As a committed family provider, Paul began his full-time career at Geneva Steel where he began working as a Botanist and later as a Chemist. After retiring from Geneva Steel, he decided to go back to school at Utah Valley Technical College where he earned an Associates in Applied Science degree in Environmental Technology. While working on that degree he began his second career at South Valley Water Reclamation Facility as the Laboratory Director. Even with a busy work schedule, Paul found the time and energy to manage the fruit trees and extensive garden in the back. Paul enjoyed his small hobby orchard, manicured yard, and furry pets. In his spare time he enjoyed hunting, fishing and golfing as well as working on his property. He was a quiet and unassuming man. Those who had the pleasure to get to know him respected the way he simply lived his life.

Paul is survived by his wife Maxine Binch Steele, sister Gwen Mayne, and loyal and attentive son, Mark P. Steele; 5 grandchildren, 6 great-grandchildren, and 1 great-great-grandson. He was preceded in death by his parents, Marion LeFay and Lexi Hone Steele, his sister Elaine Anderson, and his beautiful daughter Sandra Lynne Steele.

Funeral services will be held Monday January 25, 2021 beginning with a viewing from 9:45 AM to 10:45 AM and memorial services at 11:00 AM at Anderson and Sons Mortuary, 49 East 100 North, American Fork, UT 84003. Due to COVID, if you are planning on attending the viewing please see the SignUP Genius link below to schedule a time to attend. Interment will be at the American Fork cemetery following the funeral services.

***To ensure a smooth transition into the meeting please create a Zoom account (this is free to do) if you don't have one already. You will not be able to join if you don't.

To order memorial trees or send flowers to the family in memory of Paul Steele, please visit our flower store.