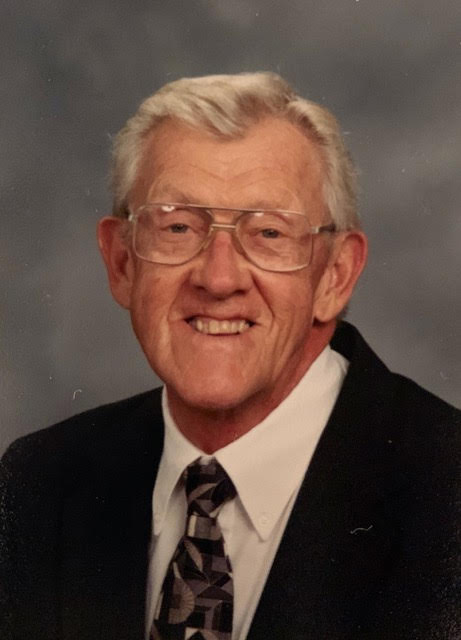 Paul Myron Goodfellow 92, passed away at his home in Alpine, Utah on Monday, February 24, 2020 surrounded by family.  He was born August 14, 1927 to Jesse and Mabel Goodfellow in Bountiful, Utah.   He married Jacklyn Hoggan on June 14, 1950 and they were later sealed in the Salt Lake Temple.  Together they raised their three children.

Paul and his family lived in Los Alamos, New Mexico for over thirty years where he was employed as Business Manager for the Los Alamos School District.  He had many beloved friends from Los Alamos that continued their friendships and correspondence with him.

Paul had a passion for gardening and enjoyed entering his vegetables in the state.  He was honored by the Governor of New Mexico for his amazing produce.  He also loved to hike and continued his jaunts into the mountains into his 70’s when he hiked to the summit of Mount Timpanogos.  He was a gentle, compassionate, and giving man.  For one year, he took in a refugee from Sierra Leone who lived with them as part of the family in Los Alamos.  Paul supported charities and humanitarian services throughout his life.  He loved others and faithfully served in many callings for The Church of Jesus Christ of Latter-day Saints, which included serving as a Bishop, Stake President, and two full time missions.  He was faithful and devoted.  Paul’s greatest joy was his family and he relished spending time with his wife Jackie, as well as his children, grandchildren, and great grandchildren.

To order memorial trees or send flowers to the family in memory of Paul Goodfellow, please visit our flower store.