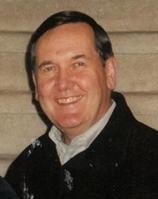 Paul F. Day passed away on February 28, 2021, in Novi, Michigan. He was born in Provo, Utah, the son of Frederick G. and Mary Richins Day on March 4, 1938. He attended Provo City schools, served an L.D.S. mission in England, graduated from the B.Y.U., and obtained an M.B.A. from the University of Utah. Then with his wife Linda Oglesby Day, he moved to Michigan where he worked for Ford Motor Company for over thirty years. He is the father of six children and grandfather of 26 grandchildren. He was preceded in death by his parents and his wife and survived by his immediate family and six siblings. His funeral will be held on March 11 and burial will be in Novi, Michigan.

To order memorial trees or send flowers to the family in memory of Paul Day, please visit our flower store.