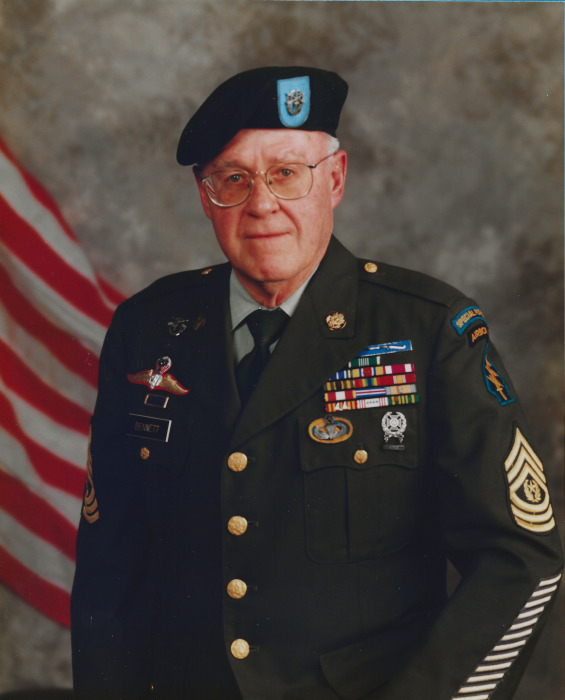 Born the morning of July 19th, 1938 in Alpine, Utah to Silas Blaine Bennett and Elizabeth Alberta Adams, Paul was the youngest of 8 children.

In 1955, while still in high school, Paul joined the Utah National Guard. He finished high school a year later. In 1960, while home on vacation, Paul was set up on a blind date with Renee Hunsaker and in 1961 they married and began their family, which eventually included four children - Heather, Bennett, Silas, and Holly. Paul and Renee divorced in 1993.

Paul was part of the 19th Special Forces Group in the Utah National Guard for 34 years. He had earned the rank Sergeant Major by 1978 and was promoted to Command Sergeant Major in 1986. He retired from the military in 1995.

He had a few hobbies, but chief among them were hunting and fishing. He loved the outdoors and spent a considerable amount of time there with family and friends. One of Paul's favorite sayings is "Been there! Done that!" and now he has.

In Lieu of flowers please donate to the venmo account @joshua-matheney.

Please click on the link below to watch virtually:

To order memorial trees or send flowers to the family in memory of Paul Bennett, please visit our flower store.