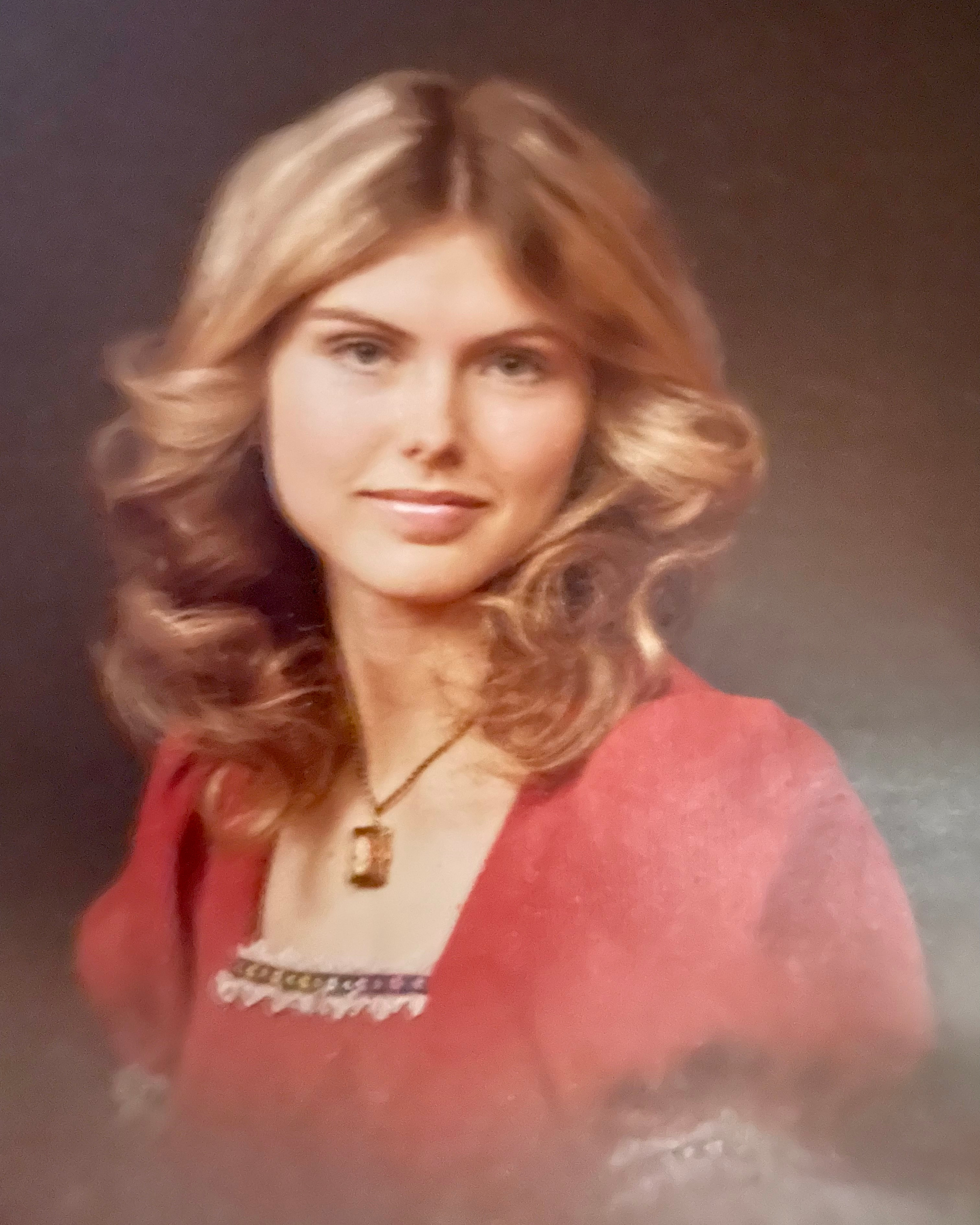 Pamela Kay Woodward, 66, peacefully left this earthly plane in the early morning hours of Wednesday, December 14th, 2022 at her home in Pleasant Grove with her husband and daughter by her side.

She was born in American Fork, the oldest child and only daughter of Jerry and Kay Kofford. She was the first female president of Hillcrest Elementary in Orem. During her childhood, she went to car shows and cruises with her dad who was in the Ford Model A Club. She also learned to shoot when going to the Gun Club with her dad.

In high school she enjoyed being on the Tigerettes drill team and playing the drums while simultaneously breaking the hearts of many admirers. After that she was a model for a few years, sharing her breathtaking beauty.

She worked for years at the family trucking company, Ned Kofford Trucking Inc. alongside her father and brothers. She took care of the small details, the big obstacles, and everything in between.

Pam was selfless beyond all reason. If you needed to know anything about family history, you called Pam. If you were having an emergency, you called Pam. She put her heart and soul into planning several years of the Annual Dude Cup Poker Tournament. She stood as an unwavering pillar of strength to so many who were lucky enough to know her. After her Aunt Doe passed on in 2021, she was deemed “Wagonmaster” of the Hampton clan. She led us all with grace and a fierce commitment to family traditions.

In recent years, attending car shows with Rock became a hobby of theirs. Her contagious zest for the Utah Utes football team was a phenomenon to witness. Playing cards with her family always gave her immense joy and endless laughter. Her effervescent love for her granddaughter Sookie Sierra was a powerful force. It filled her soul to be Sookie’s  “GrrrMomma”.

A celebration of life service will be held for Pam at Anderson & Sons Mortuary, 49 E 100 N, American Fork, on Tuesday, December 20th from 5:30 p.m. to 7:30 p.m. Relatives and friends are invited to attend. There will also be another event to honor her in the future when the weather is warmer.

To order memorial trees or send flowers to the family in memory of Pamela Kay Kofford Woodward, please visit our flower store.