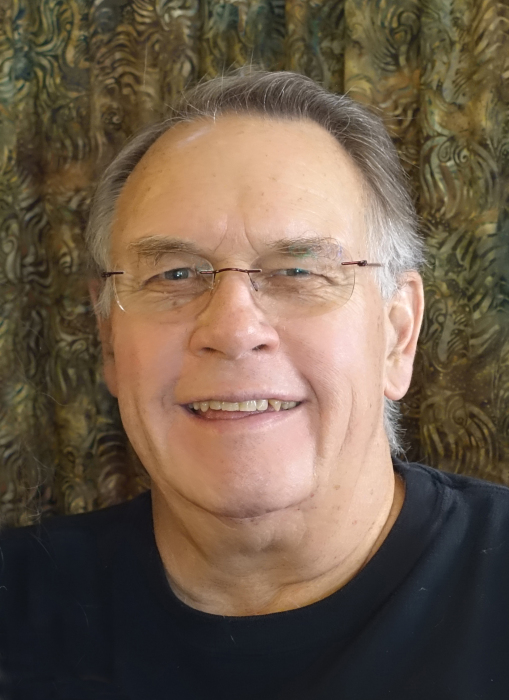 Owen Gene Hunsaker was born on August 9, 1951 to Bonnie Jean Larsen and Donald Owen Hunsaker in Brigham City, Utah. He met his soul mate and love of his life Barbara Ann Marsh and they were married on July 10,1998 in Pleasant Grove, Utah. Their marriage was later solemnized in the Mt. Timpanogos temple on January 23, 2016. He passed away peacefully on April 5 2021. He is survived by his wife Barbara and his children; Matthew (Brooke), Michael (Amanda), Lynne Prior, Kimberly Griffiths, Kristin Griffiths, and his sister, Patsy (Lynn) McMillen, 10 grandchildren, his mother, Bonnie Jean Hunsaker. Owen was preceded in death by his father and sister Judy Adams. He lived in Ogden Utah until he was 11 years old.  Then the family moved to Roy where he attended Roy Junior High and Roy High School. After high school he served an honorable mission for the Church of Jesus Christ of Latter-Day Saints to Indiana.  He loved his mission and even got to help usher at the Indianapolis 500 speedway.  When he came home, he went to Utah State College and got a degree in accounting. Later he worked for and received his CPA license. He worked for a large accounting firm in California thinking that was his dream job but family and the mountains called him home. He worked for several businesses in Salt Lake City as their Director of Finance. The last company he worked for was LBI Satellite. He really enjoyed working there and retired about 2.5 years ago. But His favorite part of being a CPA was being able to do taxes for friends and family from Tremonton to Provo. He loved helping and talking with family and old friends.

In high school Owen ran cross country and track. When he learned to drive his dad let him take the little ski boat up to Pineview Dam when he learned to water ski on one ski and he was really good. He and his dad and Patsy would often ski together and had a great time doing it. He loved fast cars, fishing, and snow skiing in powder. His first fast car was a Chevy Chevelle 409 and that love stayed with him through several other cars until just this winter he and Barb took a road trip to California to get a 2003 50th anniversary yellow Corvette. HE LOVED THAT CAR.

Owen loved camping at Mirror lake in the Uintah’s, spending time at Grandpa Hunsaker’s farm hauling hay, chasing cows around or hiking the mountains above Honeyville.  He loved going to the Air shows at Hill Air Force Base and looking at all of the planes.

Owens’s mom has been a widow for 29 years. He has always been available to help her whenever she called. He and Barb would hop in their car and come and fix whatever she needed.  She loved it when it was tax time because quite often when he and Barb were on their way up North with some taxes they would stop in Roy and pick her up for the ride. She loved being able to just spend time with them.

Owens’s wife Barb was the love of his life. The two of them loved spending time together doing just about anything the other one wanted to.  Whether it be shopping at yard sales, taking their trailer up Provo canyon and fishing, watching old John Wayne movies or playing a good game of cards. Family was everything to Owen and all of his children and grandchildren loved spending time with him. He was always there for good advice, a listening ear and the best hugs ever.

Owen loved to laugh and make other people laugh. He was always kind to everyone he met. He truly believed you never get a second chance to make new old friends so he treated everyone as his friend.

Funeral services will be held on Tuesday, April 13, 2021 at 11 AM at the Lehi 45th ward chapel, 127 E 3200 N, Lehi, UT. A private family viewing will be held prior to the service from 9:45 to 10:45 AM. An evening viewing will also be held Monday, April 12, 2021 from 6 to 8 PM at Anderson and Sons Lone Peak Chapel, 6141 W 11000 N, Highland. Due to COVID restrictions please see the SignUp Genius link below to schedule a time to attend and please remember to bring face coverings. Please share a memory of Owen on his tribute wall.

To order memorial trees or send flowers to the family in memory of Owen Hunsaker, please visit our flower store.