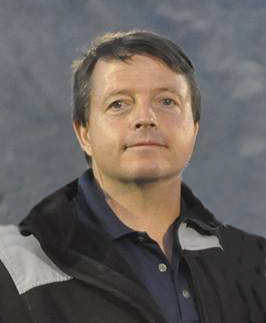 Mark Allen Nelson was a beloved husband, father, grandfather, brother and friend. He passed away on May 7, 2019 in American Fork, UT of heart complications at the age of 51. Mark was born in Provo, Utah on August 27, 1967 to Ronald Jay and Ursula Kramer Nelson. As a small child he lost his mother, Ursula and graciously gained another, Lani. This experience at a young age fostered in him a tender, accepting heart that would continue to show throughout his life. Later, his family moved to Lehi, where he grew up and attended Lehi High School. As a young adult he served a full-time mission for The Church of Jesus Christ of Latter-day Saints in the Washington D.C. South Mission.  Afterward, he met and married his sweetheart, Keri (McCollam). They were married in the Salt Lake Temple on January 22, 1993. He was a devoted husband, father and grandfather. He enjoyed attending his children’s sporting meets and encouraged them to pursue their interests and develop talents. Mark was a fan of the BYU Cougars and liked attending and watching their football games. He was outgoing and friendly. His honest and forthcoming personality served him well in the business world. He was an entrepreneur who found success in business and life, due in part to his pleasant nature and strong work ethic. A large portion of his career was spent with Spanish Fork Metals and Nelson Refining. He was content to quietly serve in the background without praise or recognition. He was the kind of man who helped a stranger stranded on the side of the road. He had a deep faith in and love for his Savior, Jesus Christ and strived to live as one of His disciples should. He is survived by his wife, Keri; their children, Landon Nelson, Maren (Johnny) McNally, Libby Nelson and Tanner Nelson; his granddaughter Cedar; his parents, Ronald and Lani (Smith) Nelson; mother-in-law Kay McCollam, and his siblings, Frank, Edwin, Brent, Colby, Matthew, Shayne, Spencer, Melanie, Clint, Camille, Dallin, Alicia and Kaylie.  Mark was preceded in death by his mother, Ursula (Kramer) Nelson; father-in-law, Curt Douglas McCollam; and his sister, Melissa Harding. Friends and family may come and honor this remarkable man at a viewing held on Tuesday, May 14 from 6 to 8 p.m. at Anderson & Sons Mortuary located at 49 East 100 North in American Fork, Utah. The funeral will be held on Wednesday, May 15 at 11 a.m. at The Church of Jesus Christ of Latter-day Saints located at 825 East 500 North in American Fork, Utah. A short viewing will be held prior to the services from 9:45 to 10: 45 a.m. Interment will be at the Lehi City Cemetery located at 1100 North 400 East in Lehi, Utah.

To order memorial trees or send flowers to the family in memory of Mark Nelson, please visit our flower store.