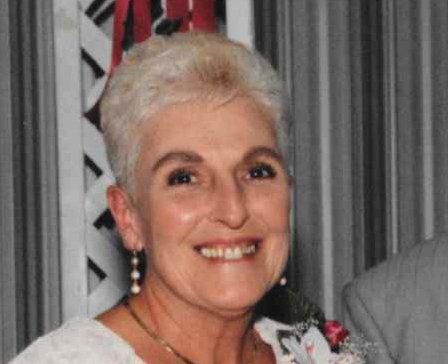 Margaret Ann Olsen Holdaway was born March 3, 1933 in Provo Utah to Ray J and Margaret Snyder Olsen
The youngest of 4 children Glenn, Edwin (deceased) and Dr. Ralph Olsen.  She was the only girl and claimed that was why she was so spoiled.  She graduated form Farrer Jr. High and Provo high school where she excelled in sports especially basketball. She married Earl Holdaway (deceased) in 1966 and were sealed in the Salt Lake temple on their 25th wedding anniversary. They had 2 children Mike (Natalie) Holdaway and Margie Thomas (Chad Stephenson) and step children Jerry (Jennifer) Holdaway, Susan (Ken) Trahan,13 grandchildren: Vincent Hundley, McKenzie Dumas, Gage Holdaway, Brittnee Holdaway, Jaxson Holdaway, Elise Cope, Brandon Trahan, David Trahan, Aaron Trahan, Shaye Holdaway, Brynn Holdaway, Kendall Davis, and Colby Davis, and 3 great grandchildren: Kadence Dumas, Jude Cope Kahl, and Maylie Dumas (deceased)
Margaret worked at Geneva Steel for 18 years and was a manager at Allens Camera. She worked at Maple Lanes for 10 years and K-Mart for 6. She enjoyed working and loved all her co-workers.
After retiring, she enjoyed going on trips with Earl to Mesquite, Nv, Jackson Hole, Wy and once a year to Yuma, Az. After a series of falls where she sustained Broken ribs, a crushed pelvis and a concussion, she was unable to travel. She still stayed very active in her children and grandchildren's lives and loved spending time with her family.
Funeral services will be held at 11:00 am Thursday, November 8th at Lakeridge 6th ward 80 W. 900 S. Orem. Viewing from 9:45-10:45 am. Burial will be at the Provo Cemetery.