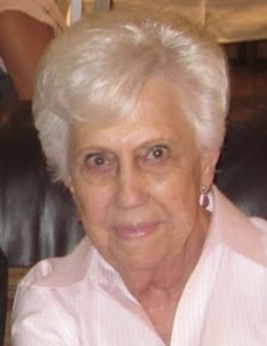 She was born in Lehi, Utah on September 28th 1930. She was the daughter of Charles LaRoy and Juanita Fox Walker. She was the youngest of 5 children. Her earliest years were spent in Mona, Utah and she later moved with her family to Nephi where she met and later married her high school sweetheart Sherman Wankier. They were married in the Church of Jesus Christ of Latter day Saints Salt Lake Temple on January 19th  1949. They celebrated their 70th anniversary this year. They are the parents of 3 children, 8 grandchildren, and 26 great grandchildren.

Yvonna worked for many years, having jobs as a secretary at the Daily Herald, but spent most of her working life working for Alpine School District as a school secretary. She was instrumental in developing many of the accounting programs used in the schools. She worked at Cascade Elementary, Orem Elementary, and lastly Shelley Elementary prior to her retirement. Her marriage to Sherman was a positive example of what love and dedication in a marriage are all about.

She enjoyed spending time with her husband and family and always found time to attend the performances and games of her grandchildren and great grandchildren.

Yvonna was known for her quick wit and sometimes wicked sense of humor. She could make the darkest moments light. Her love and wise advice will be missed by all those who knew her.

She is survived by her children, Danna (Glade) Johnson, Curtis (Jackie) Wankier, and Melissa (Chris) Crawford.

She is proceeded in death by her husband Sherman, her parents, brothers Ralph Walker, Russell Walker, Steve Walker, and sister Myrle Worwood.

Special thanks to IHC Hospice as well of all the neighbors who showed kindness in mom’s final days.

Funeral services will be held Thursday October 3rd at 11:00 AM in the American Fork 13th Ward Chapel, 950 North 60 East, American Fork. Family and Friends may call from 9:45- 10:45 prior to services at the church or on Wednesday evening from 6:00-8:00 PM at Anderson Funeral Home, 49 East 100 North American Fork Utah. Burial will be at the American Fork Cemetery.

To order memorial trees or send flowers to the family in memory of L Yvonna Wankier, please visit our flower store.