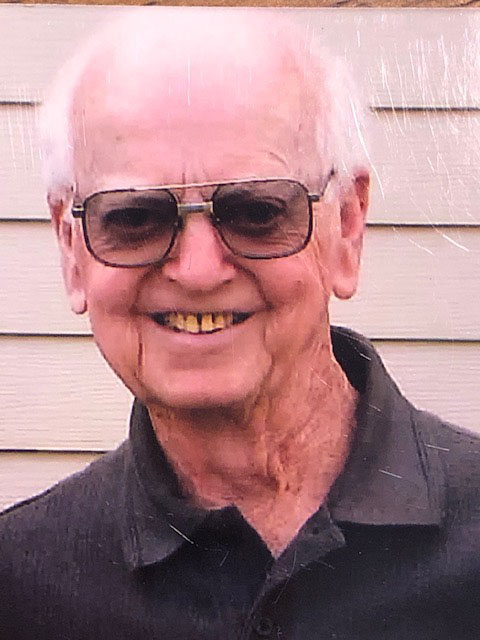 Louis J. Stonebraker was born in Newburg, West Virginia on November 30th, 1925 to Lewis E and Verle Virginia Evans Stonebraker.  He graduated from Romney West Virginia high school and joined the Army shortly after, where he served in Europe during WWII.  On August 26th 1950 he married Nancy Lee Ballard in Cumberland, Maryland.  Together they had 3 children; Terry, Kevin, and Teresa.

He was an avid golfer and fly fisherman.  A member of Provo Lodge #849 B.P.O.E. and lifetime member of the Alpine Country Club.  He retired from U.S. Steel in 1987 after 37 years of service.  Preceded in death by wife Nancy Lee, son Terry, grandson Brett, and best friend of 20 years Louise Olsen.

He is survived by his children Kevin (Caffy) Stonebraker, Teresa (Olav) Richins, and a Special Daughter in law Kelly Stonebraker, 8 grandchildren Jason, Tiffany, Simon, Kristina, Ammie, Colby, Brandee, and Shianne, 17 great grandchildren, and1 great great grandchild.  The family would like to thank JC Wilkinson for all of his love and support over the years.

~Tee it high and let it fly.

To order memorial trees or send flowers to the family in memory of Louis Stonebraker, please visit our flower store.