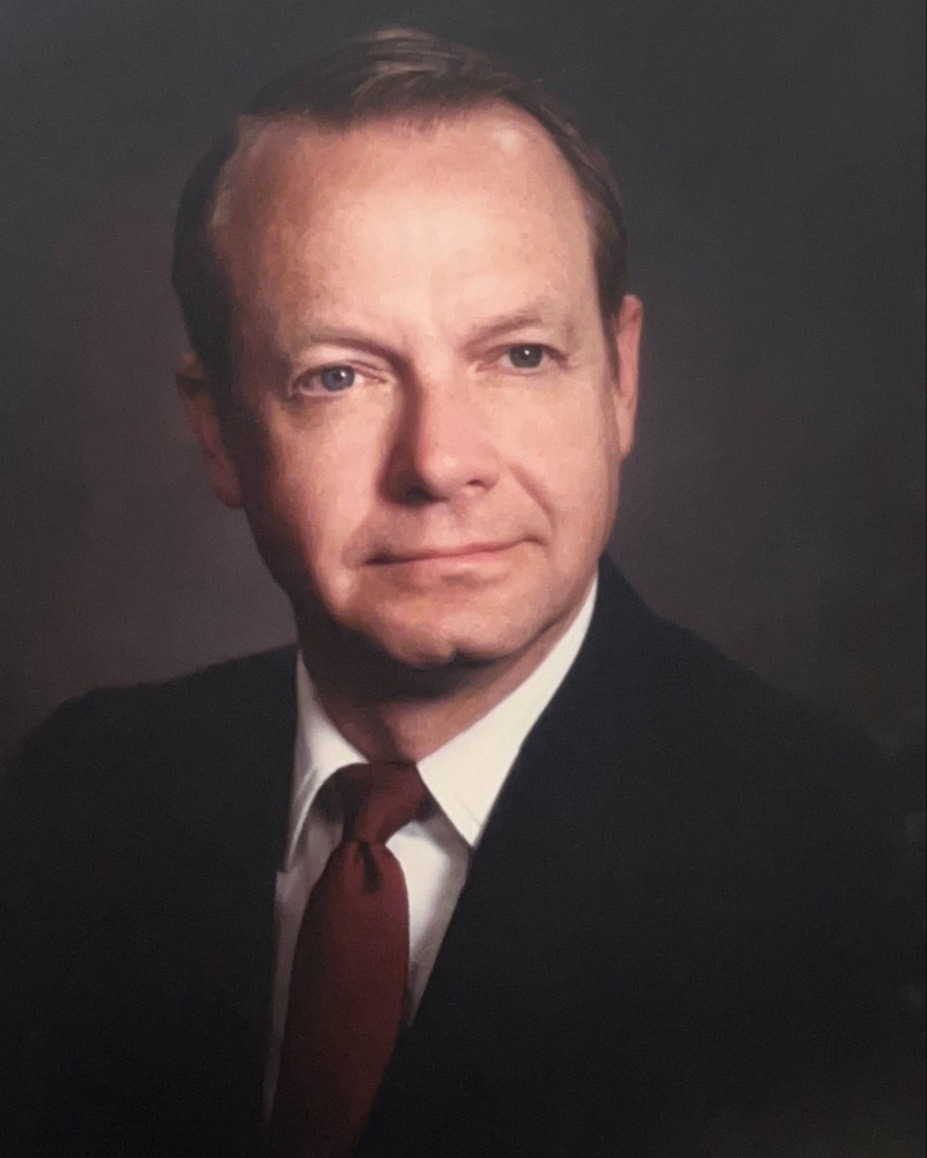 Lloyd Eugene ("Gus") Hoffman, Jr., passed away peacefully at his home on January 8, 2023, with his loving wife by his side.

Gus was born July 12, 1938, to Gerda Johannesson and Lloyd Hoffman in Rockford, Illinois.  Gus spent his childhood in Mount Morris, Illinois with his older sisters Dorris, Betty, and Donna.  After high school, Gus attended Coe College in Iowa and graduated with his Bachelor's degree in Biology in 1960. Gus then attended the University of Florida Medical School from 1960-1964, graduating with his medical degree in 1964. Gus specialized in pediatrics and completed a fellowship in pediatric cardiology in 1965, where he received an award for his work in infant heart catheterization/angiography. Gus was an active member of the United States Navy, stationed in Queens, New York to provide pediatric services. He received the National Defence Service Medal and was honorably discharged in 1971. Gus' love for pediatric medicine was strong; Gus was a member of Hope Alliance, traveling to Peru to help bring medical care to children in need. Gus worked as a pediatrician for more than 40 years, including his time at Brigham Young University, where he obtained his MBA in 1992. Gus retired in 2006 after more than 20 years at BYU.

Gus married the love of his life, Rebecca (Becky) Sprott, on May 18, 1963, in Mulberry, Florida. They lived in Gainesville, Florida, where they started their family. They later went on to live and expand their family in Queens, New York, and Pensacola, Florida, before settling in Holladay, Utah, in 1977, where they lived for 26 years before retiring in Cedar Hills, Utah. Together they raised five children: Mark (Cindy) Hoffman, Michael (Michelle) Hoffman, Sherrie Hoffman, Matthew (Samantha) Hoffman, and Miriam (Timothy) Andrus, and took joy in their 19 grandchildren.

Gus and Becky were introduced to the Church of Jesus Christ of Latter-day Saints in 1964. They quickly baptized and became life-long and faithful members. They were sealed for time and all eternity on April 11, 1967, in the Salt Lake City temple. Gus' love for the gospel was a lifelong learning and leadership journey. Gus served in several positions in the church, being called as a patriarch in 2007. Gus served on the Church of Jesus Christ of Latter-day Saints' Mission Health Board, where he led efforts to provide education and prevention of tuberculosis with missionaries. Gus and Becky served as the Gulf State Mission medical missionaries from 2008-2010, providing medical care to missionaries in all United States southern missions from Florida to Louisiana. Soon after returning, they were asked to serve as medical missionaries in Africa from 2012-2014, where Gus performed hundreds of patriarchal blessings to members throughout Africa.

Gus was extremely passionate about genealogy and found joy in working on his family history. Gus loved photography, hiking, camping, scuba diving, and scouting. Gus will be missed by all those who knew and loved him and will be remembered for his fun antics, belly laugh while watching The Christmas Story, and love for football and old westerns. We love and will miss you, Papa Gus. God be with you till we meet again.

The family wishes to express their love and thanks to friends, neighbors, and healthcare and hospice workers who have provided love and care. A viewing will occur on January 13, 2023, from 6:00 pm to 8:00 pm at Anderson & Sons Lone Peak Chapel in Highland, Utah. An additional viewing will be held Saturday, January 14, 2023, from 12:45 pm to 1:45 pm at the Cedar Hills 12th Ward building, located at 10351 N Bayhill Dr Cedar Hills, UT 84062. Immediately following, a celebration of life will be held at 2:00 pm. Following the services, a private burial will occur at the Highland, Utah cemetery.

To order memorial trees or send flowers to the family in memory of Lloyd Eugene "Gus" Hoffman Jr, please visit our flower store.