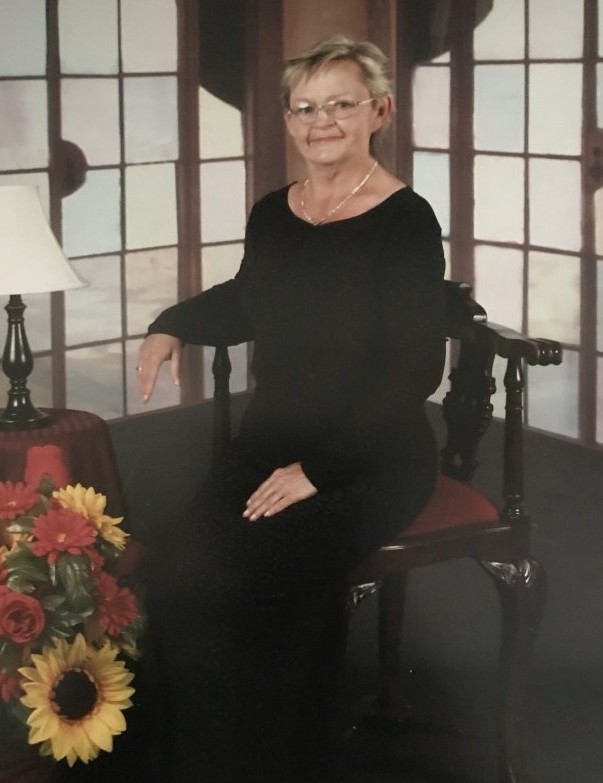 Linda Sue Summers, 67, of Harleton TX, passed away September 2, 2019 at Mountain Pointe Medical Center in Lehi, UT.  She was born July 22nd, 1952 in Doe Run Missouri to Walter Alfred and Mable Katherine Baker.
She is preceded in death by her husband Donald Ray Summers, her parents and brother Roy Lynn Baker.
She is survived by her 3 sons, Walter Scott Hutson, David Lee Summers and Michael Wayne Summers, Daughters -in- Law Robin Hutson and Carri Summers and Grandson Brayden Summers, Step Children Janet Vivian Davis, Steven Ray Summers and Glen Wayne Summers, One Brother Kenneth Lee Baker and one sister Ruth Ann Coffey and several Nieces and nephews.
Linda worked for many years in the lunchroom at Harleton Schools where she met so many friends.  Her passion in life was spending time with family, playing bingo and card games with her many friends and enjoying adventures with her best friend Pat Williams.
A Memorial Service will be held for friends and family, Saturday September 14, 2019 in Harleton, TX at the Harleton Baptist Church at Noon.
**Please share a memory at andersonmortuary.com

To order memorial trees or send flowers to the family in memory of Linda Summers, please visit our flower store.