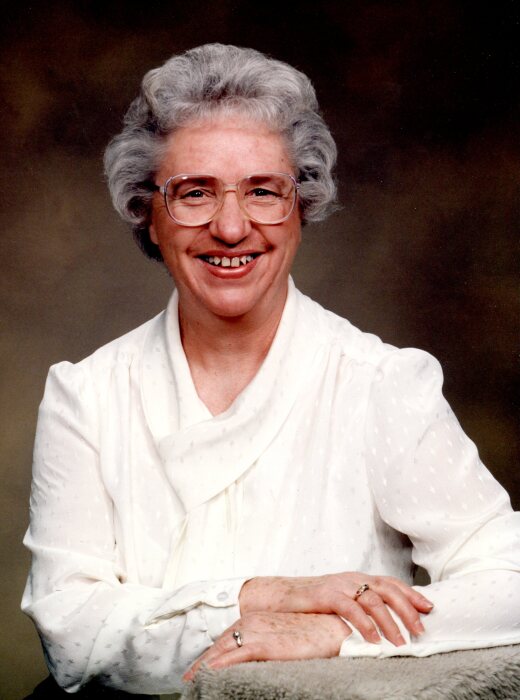 Lila Johnson was born October 30, 1925 in Springville, Utah to Tamma Delilah Miner and John Ernest Johnson. She grew up on a farm there in Springville where she helped with farm chores from bringing cows in from pasture for milking, churning butter, gathering and candling eggs for market, and harvesting fruits and vegetables from their family garden for preserving.

All up and down their street were many cousins and friends she associated with. Her best friend was her sister Louise. She graduated from Springville High School and Henegar Business School. She went on to work for  Peerless Beauty Supply in Salt Lake and later for the telephone company. After he children were grown, she worked for Barratt Builders Supply and Warburton/Ashrock Ready Mix before retiring.

She married Howard Webb Hansen February 24, 1950, later having that union sealed in the Salt Lake Temple. She was a stay-at-home mom raising her 5 children until they were almost all out of the nest. She taught Primary, Scouts and was a Visiting Teacher.

Her favorite hobbies were number one, reading, with gardening following a close second. Other hobbies included oil painting, sewing, crocheting, and playing the piano. She also sang with the Chauntenette Women’s Chorus. She is remembered fondly for her homemade bread, rhubarb pie and buttermilk chocolate cake. She was thrilled to be able to travel to England, Alaska, New York, Hawaii and other places with family.

She loved her friends and acquaintances in the Courtyard Retirement Community. Many thanks to her friends from Health Watch Hospice for their loving care.

To order memorial trees or send flowers to the family in memory of Lila Hansen, please visit our flower store.