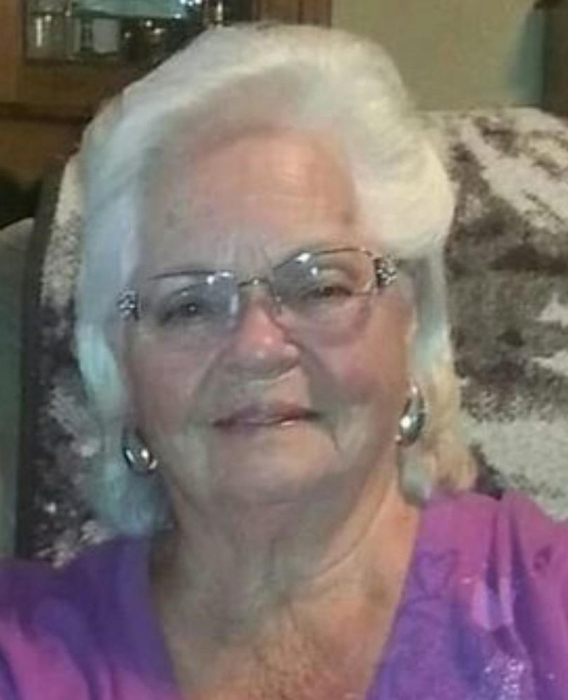 Leola Edna Mills Gagon Jensen, affectionately known as Lee, passed away in the comfort of her beloved home in American Fork, Utah on October 3, 2021. She was 82. Lee was born on
November 18, 1938 in Ogden, Utah to Jack Mills Jr. and Leola Sena Jensen.

Lee grew up and attended school in Pleasant Grove, Utah, later moving to American Fork with her family. Lee married 3 times. As a teen, she was married to Tom Walters for a short time, then married Jim Gagon, a union that lasted over 21 years. She gained 3 stepsons and later they added 5 more children to the family. After her divorce from Jim, Lee married her third husband Jerry. They say that the third time is the charm, and indeed it was! Jerry and Lee met as 11 year old kids and years later, they reunited as friends and eventually married. Their life together lasted over 38 years. They enjoyed traveling on their Goldwing motorcycle with their motorcycle club, taking on projects to beautify their home, stopping at yard sales, and spending time with family and friends.

Lee was a dedicated employee, no matter what job she had. In her younger years, she was a waitress and well known for her skills at making sweet rolls. Later on, she worked at Wheeler Machinery and the Utah State Developmental Center, but her most important job was being a wife and mom. She passed on her work ethic to her children, teaching all of them the importance of hard work from a young age.

Over the years, Lee blessed many with her talents. She was a gifted seamstress, making many beautiful dresses for her daughters. At Easter time, it wasn’t unusual for her to make matching mother and daughter dresses. She would save her money a tiny bit at a time to be able to afford the fabric to make the dresses, and she would spend many days, sometimes into the wee hours of the morning to make sure the dresses were ready for Easter. Her crocheted pieces were beautiful. She created many baby blankets for her grandchildren, along with dishcloths, and doilies. She learned to create names out of crocheting thread as well as beautiful snowflakes when her daughter saw them in a magazine and commented about how pretty they were. She even blessed each of her children with afghans that she spent months making soon after recovering from the first of her two brain surgeries.

Lee developed a love for painting and painted everything she thought needed a sprucing up. Later on, she enjoyed making plastic canvas items and diamond dot paintings. She and Jerry would spend days decorating for the holidays, and loved to surprise the family with the décor each year.

You could often find Lee in her yard, working to beautify the home she loved so much. She loved flowers, especially her roses, and nothing made her happier than to sit on her patio
enjoying the view of Mount Timpanogas while enjoying the fruits of her labors. Even as her health began to fail, Lee would work to the point of exhaustion planting, laying stones, and rearranging things outside.

Lee was a good cook and home canning whiz. Even when times were lean, she was able to prepare tasty meals for her family. Her fried chicken and cubed steaks were legendary, as were her pickled beets, jams, potato salad, and dill pickles. Lee loved cook books and collected many of them.

Lee loved to laugh. She did it loudly, and often! It wasn’t hard to find her, her laugh always gave her away, much to the embarrassment of her kids! She never hesitated to strike up a conversation with anyone and had a knack for making others feel at ease. She truly loved meeting new people and never knew a stranger.

Lee spent the last several years of her life on a difficult journey through multiple surgeries and illnesses that took away her ability to do many of the things she enjoyed. She had an incredible will to live and battled her way back from the brink of death many times. This time, her body and health were not able to keep up with her stubborn and strong spirit. It was a privilege for many of us to be able to spend time with her upon her return from the hospital before she slipped away. She was extremely loved and will be missed more than words can express.

Lee is survived by her husband Jerry and her children: Sena Horn (Bart), Rhonda Madsen (John), Al B.Gagon (JoAnna), Robin Kirkwood (Jeff), and Paula Gagon (Brad Campbell). She is also survived by her brother Bill Mills (Judy), 15 grandchildren and 32 great grandchildren, with 2 more expected soon. There are countless family members and friends who will also miss her dearly.

To order memorial trees or send flowers to the family in memory of Leola (Lee) Jensen, please visit our flower store.