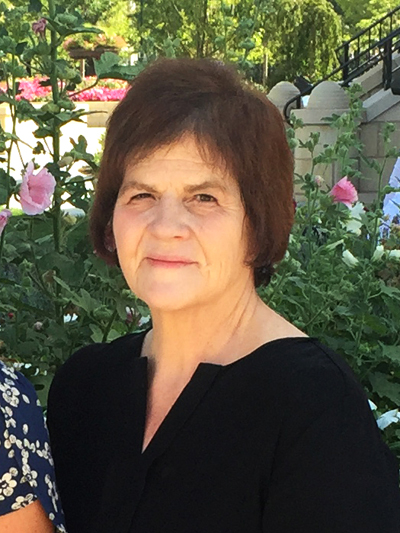 Leanne Whitney, 73, passed away August 2, 2021 in American Fork, Utah.  Leanne was born May 15, 1948 in the old hospital on Utah Avenue in Payson, Utah to Frank Johnson Whitney and Vilate Meeks Whitney and she grew up and lived in the old Whitney home for most of her life at 998 East 4th South in Springville, Utah.

Leanne was first and foremost a sister and daughter.  Her elder brothers adored and her and her sister as the youngest members in the family.  She was just six years old when her dad died.  Leanne and her sister used to brush out his thick hair at night after he would come home after a long day working in construction.  Sometimes he would be away at work all week and they would clean the house top to bottom on Friday and then get in their Sunday best and sit on the lawn and wait for him to arrive home with their ducks Daisy and Quacky as the cars passed by on 4th South. They would spend the weekend with him and then give letters to him so he could read them when he got back to his trailer on the job site for the next week. Leanne and her sister were inseparable growing up and did everything together.  Char was three years older but they were like twin sisters.  After her sister got married, Leanne moved to Salt Lake and lived in an apartment on 9th South for work while her sister lived just up the hill on Sunnyside Avenue and, again, they were close and would often be together.  They would all drive down on the weekends to Springville to visit their mom.  She lived in Salt Lake for just a short time before moving back to Springville with her mom but continued to commute to Salt Lake daily for many years for work. She and her mom were inseparable and were best friends until her mom’s death in 2004.  Leanne and “Grandma” did everything together.  Because her mom never drove, Leanne would chauffeur her everywhere and would visit everyone in the family.  They would go on trips to Orderville, where her mom grew up, and would drive to Salt Lake to visit her mom’s siblings, and Leanne’s brothers or visit cemeteries to pay respect to her ancestors.  Family graves always had flowers on them because of Leanne.  They were always on the move and Leanne logged hundreds of thousands of miles on “old Betsy,” her late 70s AMC Concord.

To her many nieces and nephews, she was the epitome of what an Aunt was supposed to be and perhaps more than an Aunt was meant to be. She never forgot anyone’s birthday including her great-nephews and great-nieces and even great-great nephews and nieces. She was thoughtful and loving to every one of her nieces and nephews. She and her mom took in her nephews Stuart and “Frankie” for the summers, and she was like a mother to them. They would spend hours climbing the trees in the yard.  Every niece and nephew remembers sleepovers at Grandma and Leanne’s house, of getting ice cream at one of the local drive-ins in Springville, of going to late drive-in movies, and of going on rides up Hobble Creek canyon or on the “old road” to Provo.

Later, Leanne worked closer to home for Utah County in the Treasury office in Provo and later in payroll for A Plus Benefits in Lindon. She was a very hard worker and she always put in extra effort in her work and was always busy during “tax-season.” She enjoyed her work and her associations and friends that she made there.

She was a faithful member of the Church of Jesus Christ of Latter-day Saints and had many callings throughout her lifetime. She went through the temple later in life found happiness in being able to go there.

Leanne was a masterful storyteller and was the connective tissue of the family.  We all knew what others were up to because Leanne kept us informed.  She always had a story on the ready, whether of one of her brothers or sister, parents, nieces or nephews, or long-gone ancestors. They were all equally present in her life.

She was proud of her ancestral heritage and seemed to know the past ancestors in a way that no one else did. She loved working in her large yard which was always meticulously maintained.

A graveside service will be held Monday, August 9, 2021 at 11am at the Springville Evergreen Cemetery, 1997 South 400 East, Springville, Utah. Due to limited seating available at the grave site please bring your own chair at your own discretion. Please share a memory on Leanne's wall. She will surely be missed by all that knew her and loved her.

To order memorial trees or send flowers to the family in memory of Leanne Whitney, please visit our flower store.