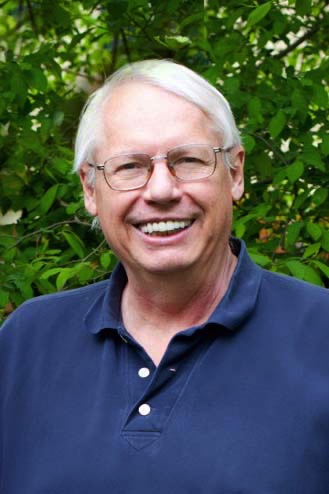 Layne M. Whittaker was born to Etta Keetch Morgan and Moroni Whittaker on April 3, 1951. He grew up in Idaho and then Utah. He attended Brigham Young University where he met Susan Tregaskis. They married on May 30, 1972 in the Salt Lake Temple.
Layne and Susan had two daughters, Heather and Natalie, who married wonderful men (Shane Barlow and Bryan Layton, respectively) and has five grandchildren, Tyler, Sydney, Cameron and Maya and Bryan.
Layne’s dry sense of humor would dictate an unusual obituary, so we would like to share a few things we feel made him so remarkable.

He could fill a room, both physically (6’6” and a BIG dude!) and with his infectious smile and his booming laugh (and man, his sneeze could wake the dead). He could make the outcast feel welcome and genuinely connected. But you always had to stay on your toes with him—he could BS with the best of them!
He loved to learn every topic you can imagine (well, maybe not the arts, but we’ll forgive him for that.)  Susan finally had to threaten him to graduate and get a job or he would still be at BYU, taking classes. He didn’t ever take knowledge for granted and often pushed the envelope by teaching his church classes to look at common things in a different way (he loved to stir things up!)
He loved working with youth and young people—citing some of the best church callings he had was in young adults wards, both locally and at BYU. He also inspired the love of sport in both his daughters, youth in his ward, and through coaching junior high and high school teams early in their marriage. We anticipate him blocking spikes and dunking balls enthusiastically now that he is free of a body that tried so hard to hold him back.
Even though he had a lifetime of health issues, he never complained. He was the most positive person you’ve ever met—which required daughters to force him to hand the phone over to Susan to get the real scoop on his current health state.
Layne was a character—a real-life Calvin (and Hobbes). He was always in a little bit of mischief and had a lopsided smirk that always made you wonder what he was up to now. (For example, the first time Heather brought her future husband home, he kept “accidentally” confusing him with a previous boyfriend to throw them off kilter.)
And finally, he LOVED his wife. The happily-ever-after kind of love. Anyone who knew them knew that those two were each other’s very best friends. They always had each other’s backs and were 100% devoted to each other. What a great legacy for their family.

Layne died on August 6, 2020 in the presence of his daughter and wife. He was eagerly looking forward to reuniting with Natalie who died of breast cancer three years ago, parents, and other loved ones. We feel strongly that his booming laugh is brightening up heaven as he shares his personality with those there. Until we meet again.

Layne's family held a private celebration of life and no further services will be held at at this time.

To order memorial trees or send flowers to the family in memory of Layne Whittaker, please visit our flower store.