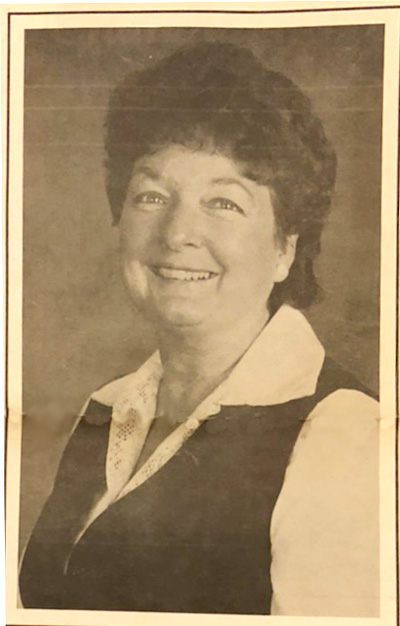 LaVon Maxine Wilson Laursen returned to her heavenly home on Wednesday, June 17, 2020. She passed quietly in the early morning hours at her home in American Fork, Utah. LaVon “Bonnie,” was born on December 17, 1929 in American Fork, Utah, to David John Wilson and Berniece Conder Wilson, the first of their seven children. Bonnie moved several times during childhood, growing up in Utah, Nevada, and California, but it was after her family returned to American Fork in her senior year of high school that she met and married the love of her life, Thomas Fred Laursen. They were married on December 5, 1947, just a few days shy of her eighteenth birthday. They were later sealed together as a family in the Manti LDS Temple in 1964.

Tom and Bonnie raised six children together. Bonnie was never easy staying at home and when Tom was called back to the Navy to fight in Korea, she moved with their two oldest children to military housing in Wilmington and then San Pedro, California. After the war, Tom and Bonnie returned to American Fork and eventually purchased the lot where their home now stands.  They worked on building the home together, often spending long hours into the night until it was finished enough to move into in 1958.

Bonnie worked at the local restaurant, Schlegals, Allen’s grocery store, and finally at the Utah State Training School. It was while she was working there that she went to UVCC and received her training as a Nurse. In 1984, she made an important shift away from working and into the political field. She was active in the Democratic Party and was elected as their chair for Utah County. She tried her hand in a few of the races, but usually came in just behind her republican contender.

She was a brilliant politician and hosted many garden parties where she would introduce political hopefuls to the seasoned Democratic Party officials. She made quite an impact on the local youth – she organized the American Fork Youth Court and was an Advisor for several years as well as an advocate for the youth and those who needed help in the City Council meetings. She was very proud to have been made an honorary Police Officer for American Fork City and served for several years on the Committee for American Fork Steel Days. In her later years, you could often find her and Tom sitting at the dining room table listening to their police scanner.

Bonnie loved gardening and spent many hours creating a beautiful yard where family could gather for barbecues. She taught herb growing and usage classes at her home and in night school. She was very resourceful and canned or dried everything from her vegetable and herb gardens and the beautiful fruit trees that Tom tended.

The viewing will be held on Saturday, June 20, 2020 at 11:45 am at Anderson Mortuary in American Fork, Utah for family only due to COVID-19. Interment and graveside service will be at 1:00 pm in the American Fork City Cemetery.

To order memorial trees or send flowers to the family in memory of LaVon Laursen, please visit our flower store.