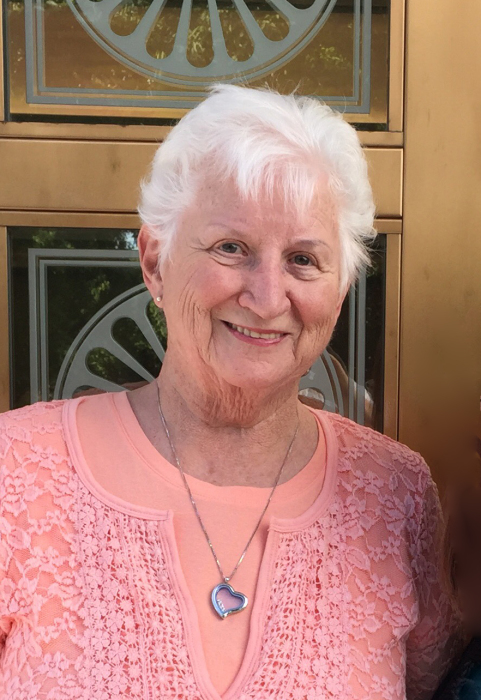 LaVerde Morgan Clayson Hope passed away peacefully at the age of 82 on August 1, 2019. She was surrounded by her children and grandchildren. A public viewing will be held on August 4, 2019 at Anderson and Sons’ Mortuary 49 East 100 North in American Fork from 6pm to 8pm.  Funeral services will be held at 11am at the Harbor 1st ward building, located at 600 s 100 w in American Fork, Utah on August 5, 2019. There will be a viewing held from 9:45 AM-10:45 AM in the Relief Society Room.

LaVerde was born on June 20, 1937 in Sanford Colorado to Jess Earl & Greeta Morgan, the youngest of nine children. She grew up on a farm, surrounded by Colorado mountains in the San Luis Valley. After graduating from Sanford High, she attended Adam State College and Brigham Young University where she met and later married Boyd Farr Clayson. They were married in the Manti Utah Temple on April 11, 1964. Together they had three children and resided in Provo, Utah for 26 years, mostly living on Grandview Hill. 10 years after Boyd passed away (March 15, 1991) she was reacquainted with a long lost friend, Rene Hope, and soon after were married on October 1, 2001.  LaVerde and Rene moved back to Rene’s Manheim, Pennsylvania home, where they lived on 7 acres of beautiful land for 4 years. They relocated back to Nibley, Utah, where they could be closer to family. They lived in Nibley for one year when Rene passed away on May 21, 2006. Following Rene’s passing, LaVerde stayed in Nibley for another year before moving to American Fork where she had an apartment built onto her daughters home and lived there for 12 years. For the last 4 months of her life she resided at Osmond Senior Living in Lindon, Utah. There she received exceptional care as she closed the last chapter of her life.

LaVerde’s greatest joys were her children,  grandchildren, and great-grandchild. She would light up anytime they would come visit and especially when they would all gather for family parties. LaVerde was a very accomplished and a celebrated poet. On April 26, 1980, LaVerde was named ‘Poet of the Year’ with her book of poetry, ‘Furrows of Renewal’. She published numerous books ranging from funny, silly children’s stories, to deep meaningful and inspiring poetry. She appreciated all forms of art, especially music where she was adopted as Gentri’s Grandma and biggest fan. She was inspired by their music and attended every concert she could possibly go to. She shared a passion for basketball with her sisters, together they never missed a Utah Jazz game.

LaVerde loved her many callings in the Church of Jesus Christ of Latter-day-Saints and served in the Logan and Mount Timpanogos temples. She was very involved in genealogy. The spirit of Elijah was strong in her life. She compiled a 152 page hard bound book with photos and stories of her family and ancestors.  It was very important that she documented who her family was and where she came from.

LaVerde will be missed greatly.  She had a way to inspire people with her words and with her personality.  This was apparent by how the nurses at Osmond Senior Living would interact with her.  They would connect with LaVerde almost immediately and love her without even knowing her life story.  She loved everyone unconditionally and had no guile. Her wish for her children was for each one to become independently righteous.

LaVerde was preceded in death by her parents Jess Earl and Greeta Morgan, her brothers, Quinn(Pauleen), Richard(Carol), and Jay(Joyce) and her sister Caro Lee (Ron), her husband Boyd Farr Clayson, and Rene Carl Hope.

She is survived by her sisters, Lena Mae Hansen and Venna Dee Morgan. She is also survived by her daughter Colette (Troy Wagstaff) and their 3 children, Makenzie (Nate Ariotti), Brittany, and Katie, her oldest son Scott Clayson and his 4 sons, Devyn, Derek, Dalyn, and Damon, and her youngest son Craig (Jill) Clayson and their 4 children, Sara, Tyler, Nicole, and Ben, and her great-grandchild, Bailey (Makenzie).

To order memorial trees or send flowers to the family in memory of LaVerde Hope, please visit our flower store.