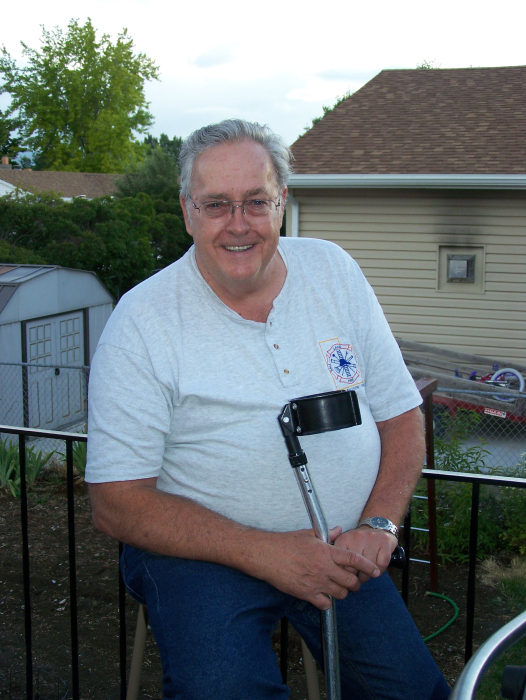 Scott was born on February 14, 1946, the third child of Donna Lucile Tanner and Dee Earl Sparks.  He was raised in Nephi, Utah and graduated from Juab High School.  He worked at the American Oil gas station while he attended Trade Tech Vocational School in Provo. When he graduated, he worked at Greenwood Chevrolet in Nephi.  He also attended College of Southern Utah and Snow College in Ephraim receiving a Degree in Applied Science.

In 1967 he married DeeAnna Blackburn.  They had two children—Kymberlee Jane and Hal Scott.  He loved living in Nephi but in 1967 Scott applied for and was hired to work for Utah Highway Patrol in Wendover, Utah.  While he was there, he became a volunteer fireman, helped to build the fire station, and assisted in obtaining needed fire equipment. He later was involved with American Fork Fire Department and a member of the Utah State Firemen’s Association for a total of fifty years.

Scott retired after twenty years with the highway patrol for health reasons.  He always liked to go target shooting, hunting and fishing.  Scott loved to ride motorcycles and eventually acquired a three-wheel Honda Trike.  He traveled with a great group of friends and was able to ride in eleven western states and Canada. Scott loved to see new places, and he and his wife were able to travel quite a bit when she retired and “ruined his schedule.”

Scott liked music especially classical. He even played the accordion, clarinet, bass clarinet, valve trombone, baritone and the French horn. He actually had his first piano recital when he was thirty-five.  His then thirteen-year-old daughter Kymberlee was to play a duet with her teacher but because Scott had been practicing with her at home, Kym volunteered Scott to replace the teacher.

Scott was a member of the Church of Jesus Christ of Latter Day Saints. He served many years as the ward clerk and was a faithful home teacher.

Scott passed away peaceful at home on July 31, 2021 after suffering many years with health issues.  He had fought not only 40 years of MS but also survived an aorta dissection in 2013 which very few live through.  He is survived by his wife of fifty years, a daughter Kymberlee (Vaughn) Miles,  a son Hal (Denise) Sparks, 13 grandchildren, and one great grandchild,  and his brother DeRay (Sandra) Sparks, and two sisters Helen (Dee) Tranter and Ann Arehart. He had many nieces and nephews named “George,” a special little Penelope and a girl friend named “Sara” plus plenty of relatives and friends.

Scott wrote his own obituary some years ago but it had to be “tweaked” a little.  He ended every good-bye with those who visited him or left our house (even just to run to Wal-Mart): Be safe--Drive carefully. (From Trooper L. Scott Sparks)

To order memorial trees or send flowers to the family in memory of LaMar Sparks, please visit our flower store.