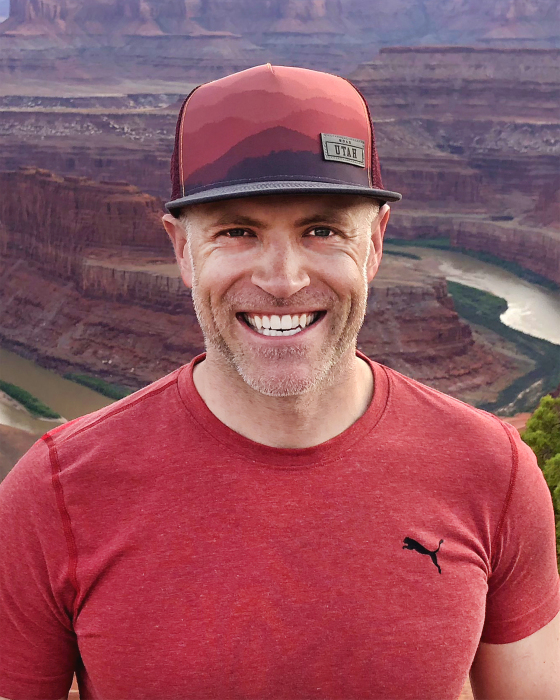 Kenneth Wayne Wzorek, 45, passed away unexpectedly with an unknown medical condition at his home in Highland, UT on May 17, 2021. He was born January 5, 1976 in Provo, UT to Kenneth and Francie Wzorek. He attended Wheeling High School in Chicago, Illinois. He graduated from Brigham Young University with a Bachelor’s Degree in Communications in 2000. He served a church mission in Bordeaux, France.

Ken worked as an Art Director in Advertising for many years before creating several successful businesses of his own. He was invited to be a partner in a franchise group for the Apple Spice brand and served as their Chief Branding Officer. His unique talents and creativity were evident in everything he touched.

Ken loved the outdoors, camping, and found solace in the mountains. His pride and joy was his Airstream, which he kept in immaculate condition. He was passionate about traveling the world and working on his beautiful home. He also enjoyed cooking, hosting parties and entertaining friends. He had a deep love for his friends and family and would do anything for them.

Ken is survived by his parents Kenneth and Francie Wzorek, his sisters Suzanne (Eric) Field, Christine Wzorek, and Lauren (Danny) Earl, and his beloved nieces and nephews: Taryn, Ashlyn, Camryn, Owen, Esther, Cecilia, and James Knight. He is also survived by many close friends which he also considered his family.

To order memorial trees or send flowers to the family in memory of Kenneth Wzorek, please visit our flower store.