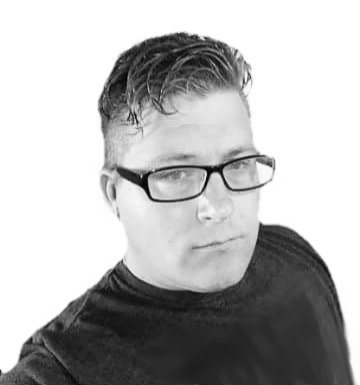 Kenneth John Williams, 36, passed away, suddenly, on March 15 th 2018, in his sleep due to complications with his health. Having overcome his struggle with drug addiction and getting his life together, this makes his unexpected death even more shocking and heartbreaking for his family and friends. Kenny was born on December 19 th 1981 in Provo, Utah to Kenneth V. Williams and Sara Slater. He grew up running around on his Grandpa Boyde's farm, he played the Saxophone in the Lehi Marching Band and enjoyed playing sports, despite being hit by a car at the age of 8, which effected the growth in his legs. Kenny underwent numerous surgeries and overcame many obstacles in his life, always with a smile on his face.  He loved to fish, camp, snowboard, horseback ride, hunt and spending time with the people he cared for. Kenny was always a "barrel of monkeys," if a prank was played or anything was thrown at you, sure enough, Kenny was somewhere hiding and laughing.
His taste in music, like his interests, varied widely. He liked everything from Chris Ledoux to Insane Clown Posey. He was known to wear clown paint from time to time, which was more fitting due to his endless sense of humor, than being "hardcore." He was about as "hardcore" as a box of kittens; animals and kids always loved him and he was truly one of the kindest people you would ever meet. He is the perfect example of why you should never judge a book by its cover, his "cover" had a lot of scars and illustrations. He was a great artist, often using his own skin as a canvas to express himself, which later lead to him to become a Tattoo Artist. This skill aloud Kenny to leave his physical mark on a lot of people, along with the lasting mark he has left on all our hearts.
He is survived by his love and lifelong friend, Brittany; her boys, Kanyon and Brighton and their baby girl, Pearl, his son Kyson, and daughter Kinsley; siblings; Chase, Cody, Alex, Courtney, Austin W., Chelsey, Austin B., Chris, Brooke, Cole, Charity, Lila, and Amber; Parents; Biological Mom, Sara (Slater) Savana, Mom, Rose Bennett, Stepdad, Dusty Bennett, and Stepmom Terry Williams; Grandmas Willa Mae, Joan, Mae, Viola, and Kay; Grandpas Boyde and Joe.  Kenny is proceeded in death by his father Kenneth Vern Williams, Aunt Roberta, Grandpa's John Slater and Martin Clements. He has also been reunited with his "little wiener," Sparky.
A viewing will be held from 9:45am to 10:45am at Anderson and Sons Mortuary, 49 East 100 North American Fork, UT on Thursday, March 22. Services will be held that same day starting at 11:00 am in the chapel at the same location. Interment, Pleasant Grove Cemetery.