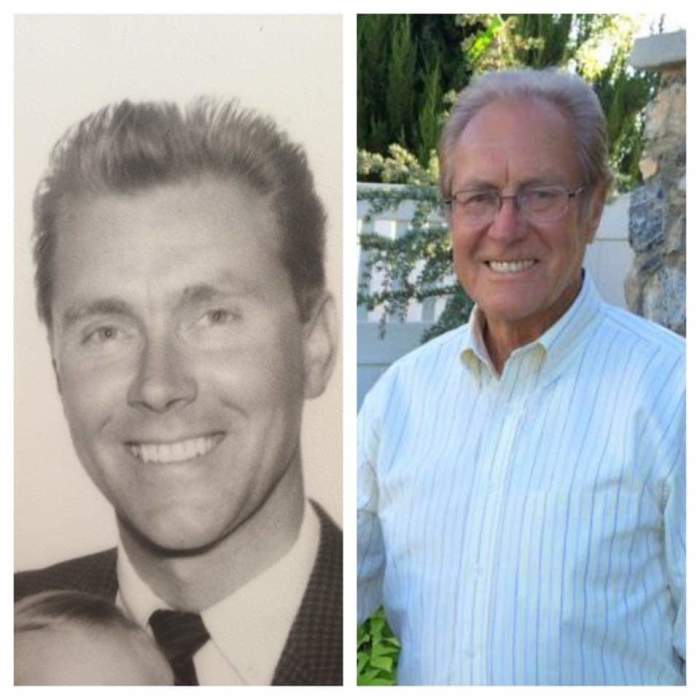 Kenneth L. Harrington was born on April 14, 1937 in Springville, Utah, to John Owen and June Forest Harrington. He peacefully returned to his Heavenly Father and Savior on May 20, 2019.

Ken was raised in Springville, Utah by his aunt and uncle, Delphia and George Brown. He graduated from Springville High, Class of 1956. Ken was a proud “Red Devil”, who was remembered by his classmates for his charismatic smile and skills on the basketball court. Following high school, he served a mission for the Church of Jesus Christ of Latter-Day Saints in the Western States Mission. He then went on to serve his country for 4 years as a member of the Utah National Guard.

In 1963, Ken’s life was forever changed for the better, when he met the love and light of his life, his eternal sweetheart Karen Maree Anderson. They were married for time and all eternity on September 25, 1964 in the Logan Utah Temple. They settled in the Cottonwood, Utah area, where they raised four beautiful children. Ken was a resident of Highland, Utah at the time of his passing. Ken was a faithful member of the Church of Jesus Christ of Latter-Day Saints. He had a great love for and testimony of our Savior Jesus Christ and His gospel. He lived his life in a way that reflected what he believed. He treated everyone he knew with kindness and respect, was always willing to help others in need, never quick to anger, and always quick to forgive.

Ken was a truck driver by profession, working the majority of his career for Frito Lay, where he drove millions of miles accident free. An accomplishment he was extremely proud of.

Ken loved the mountains of Utah and spent as much time as he could in the great outdoors. Some of his greatest adventures were spent fishing and hunting Utah, Colorado, and Wyoming with his best friends, Roland and Earl, and his sons Bryan and Scott. The mountains will feel a lot more empty without him there.

Ken’s greatest passion in life was his family. He was a devoted husband and father, who put his family above everything else in life. His greatest joy in life was spending time with his children, grandchildren, and great-grandchildren. They brought an immense amount of happiness to him and he never failed to let them know how much he loved them and how proud he was of them. He truly regarded his family as his greatest accomplishment in life, and took joy in the legacy he knew he would leave behind in them. That pride and love was equally reciprocated, as he was absolutely adored by his family who are heartbroken by his loss. We take solace in the knowledge that Families Are Forever and that this wasn’t a “goodbye”, more of a “see you later”, as we know we will see him again someday.

Ken is survived by his beloved wife of 54 years, Karen, his son Bryan (Wendy) Harrington, daughters Natalie (Jack) Bowers, Anne Maree “Annie” (Brett) Munden, Melinda “Mindy” (Scott) Arnold, and his 13 grandchildren, 4 great grandchildren, and 2 more who are on their way. He was preceded in death by his parents, his Aunt and Uncle Brown, sister Velma “Betty” Royal, and his grand-daughter Maddisyn Arnold.

For those who wish to contribute to the memorial service fund, in lieu of flowers, you may go to the link below, or you can call Anderson Mortuary directly at: (801) 756-3564

To order memorial trees or send flowers to the family in memory of Kenneth Harrington, please visit our flower store.