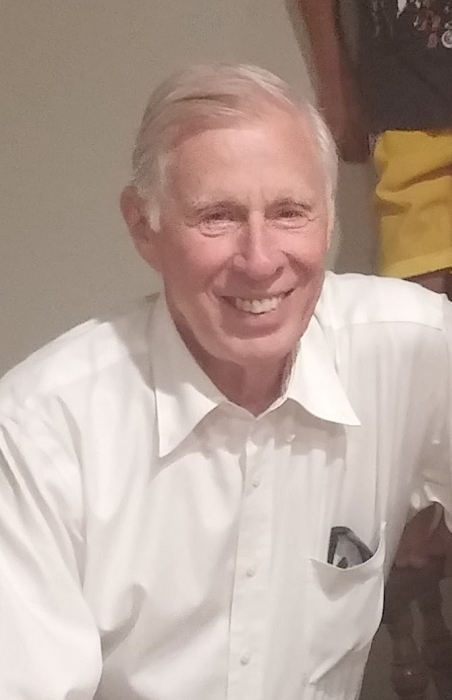 Keith loved Jesus Christ and Heavenly Father, his family, relatives, friends, animals, books, teaching kids, music, and world travel. His was a life of commitment to his loved ones and others, shown by his service and kindness. After enduring dementia for several years, he passed away on Sep. 6, 2021 at the Timpanogos Hospital in Orem, UT.

Elvin Keith Smith was born January 18, 1939 to Elvin Daniel Smith and Celia Sarah Peterson in Idaho Falls, Idaho as the first of their five children. His father was in the Army Air Force during WWII, so the family moved frequently during his early years, interrupting Keith’s early school years and causing him to repeat a grade. This turned out to be a blessing to his younger siblings, Mariela and Larry, as she and Keith were always in the same grade with Larry only one grade behind them. The family was blessed with two more girls, Saundra and Lisa. The main part of his youth was spent on his family’s ten-acre farm in the small town of Kennewick, WA. Besides farm work which kept the family very busy, Keith developed a love of sports, especially basketball. He played on several intramural teams throughout college.

After graduating from Kennewick High School, Keith served an honorable mission for the Church of Jesus Christ of Latter-day Saints in Kentucky and Tennessee. Afterwards, he attended Brigham Young University, graduating in 1966 with a B.A. in history. While there Keith met his future wife, Syomara (“Jackie”) Marinaro who had moved from Uruguay to Provo. He earned a teaching certificate and taught world history at Home Street School in Bishop, California for 34 years where he and Jackie raised their three children, Lizette, Jason, and Ryan.

Besides being a devoted school teacher who received recognition & honors for his excellence in teaching, he led a busy, productive life teaching early morning seminary, serving in the bishopric for nine years, and coaching several sports. He was a friendly, unassuming guy who helped influence others for good and helped to mold lives. Many times he drove other teenagers with his own family to Utah to attend E.F.Y. at BYU and also often went out of his way to assist others in inconvenient ways.

Keith and Jackie were adventurous and traveled by car, train, and ferry in America and by planes or cruise ships to many distant lands, often joined by their children or others.

Keith is survived by his wife, Jackie, and their sons, Jason (Nancy) and Ryan and five grandchildren: Morgan, Siena, Dylan, Gianna, and Natalie. He was preceded in death by their beloved daughter, Lizette and parents. His siblings are Mariela Harris, Larry (“Casi”) Smith, Lisa Smith, and Saundra Lacher. He was also loved by many nieces and nephews.

To order memorial trees or send flowers to the family in memory of Keith Smith, please visit our flower store.