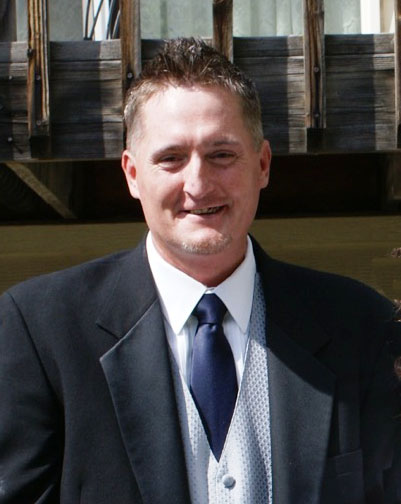 Justin Steven Hansen of Pleasant Grove, Utah, passed away peacefully in his sleep June 7, 2019.  Justin was born April 24, 1975 to Steven and Terry Hansen.   Justin was the second oldest of 6 children.  Justin married Kami Miller in 1995 they had two sons together, Dylan Justin Hansen, and Hayden Lewis Hansen they later divorced.  Justin married Jessica Kirby in 2006 and they had a son together Easton Steven Warnick, they divorced in 2008.  Later Justin met and then married Kaylynn Foster on July 25, 2016 together they had Owen Terry Hansen.   Justin loved his boys more than anything.

Justin worked many years in the tree and masonry business.  He love all sports but football was his favorite.  He played football throughout his High School years.  He loved the game of football, Dallas Cowboys was his team from the time he was young.  Justin loved hunting, it was a yearly thing for him.  He enjoyed hunting with his dad, brothers, and sister.  He was a member of the Church of Jesus Christ of Latter Day Saints.  He had a strong testimony of the church.   He was a selfless person and would do anything to help someone out.

He will forever be in our hearts and we will cherish our memories forever.  “Until we meet again!”

To order memorial trees or send flowers to the family in memory of Justin Hansen, please visit our flower store.