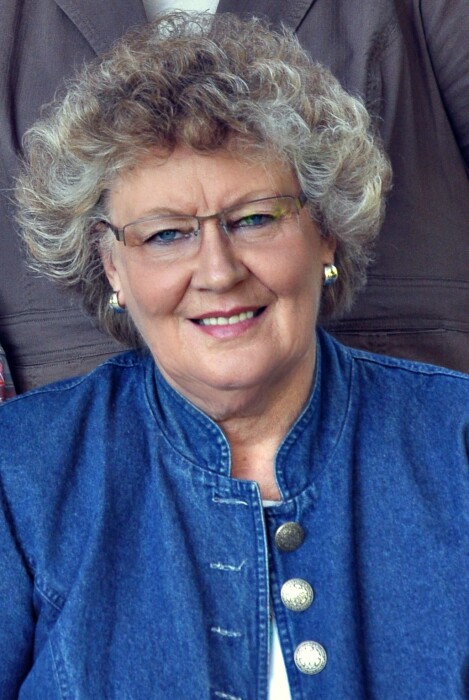 Joyce Erekson Bond passed away at home on December 18, 2020 of natural causes. She was born on May 19, 1935 in Vernal, Utah to Helen and Clinton Erekson. She had an older brother Harold. In 1936, her family moved to Provo where she was raised, making lifelong friends, graduating from Provo High School (class of 1953), and enrolling at Brigham Young University. Her parents rented basement rooms to BYU students. She caught the eye of one of those named Joe Bond. They were married in the Manti Temple on June 8, 1955. After Joe graduated in 1959, they moved into a new home on Orchard Avenue in American Fork where she has lived for the past 61 years.

Her life was defined by friendship, love, and service to her friends, community, and the Church of Jesus Christ of Latter-day Saints. But above all she was a remarkable wife, and mother. She is survived by her son Scott (Karen), her daughter Lisa (Dennis) Riley, nine grandchildren and nine great-grandchildren (with two more expected in the coming year). She is preceded in death by her parents, brother, husband, her daughter Janet Brooks, and a daughter-in-law Kimberly Bond. She will be missed by her friends and family, but her legacy of love and service will live on in the lives of her posterity.

Funeral services will be Wednesday, December 23 at 11:00 am at the Anderson and Sons Mortuary but limited to immediate family due to concerns of the COVlD pandemic. Friends, neighbors, and dear relatives can view the service at the following link https://us02web.zoom.us/j/85848960052?pwd=VG80b0VHSmQ3bW5MYUtOWkx1QUFwZz09 . Following the services, she will be laid to rest next to Joe in the American Fork Cemetery. Her family expresses deep appreciation to her friends and neighbors who have so lovingly served her by doing that which she increasingly was unable to do for herself. She loved Christmas and would want to wish a Merry Christmas to all. Please share a memory of Joyce on her tribute wall at andersonmortuary.com.

To order memorial trees or send flowers to the family in memory of Joyce Bond, please visit our flower store.