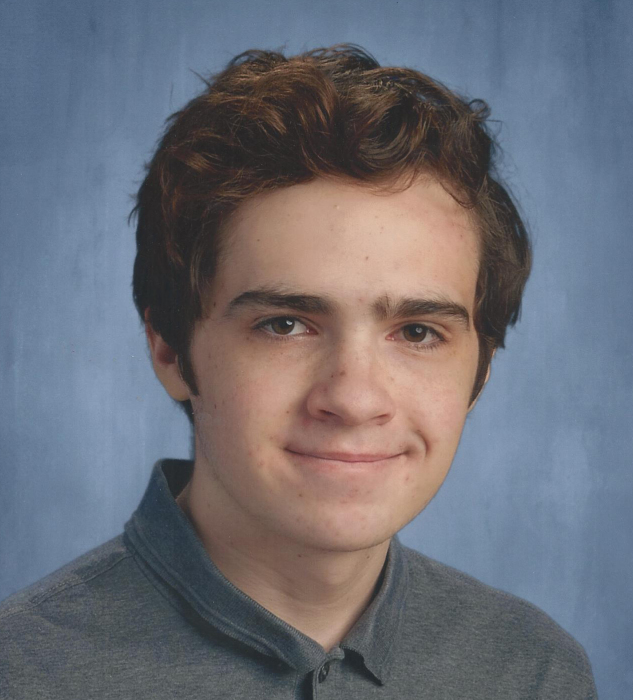 Joseph “Ben” Bentley Skousen, 20, passed away October 9, 2022, in Highland, Utah. Ben and his three siblings were born on a holiday.  Ben was born at 5:05 A.M. on May 5th, 2002 (Cinco de Mayo) in Salt Lake City, Utah to Russell Clain Skousen and Debbie Louise Orullian Skousen and graduated from Sky Ridge High School in 2020. Ben was named after his great-great grandfather Joseph Bentley, a leader of the Church of Jesus Christ of Latter-day Saints in Colonial Juarez, Mexico, and friend of Pancho Villa.

Our hearts yearn for our beloved family member and friend. Ben suffered silently for much of his life and faced challenges with depression and other issues that increased for nearly eight years after a surgery that impacted both his physical and mental well-being. He endured valiantly, carrying this burden in long-suffering. He fought hard and struggled to find peace. Despite his inner turmoil, he found many opportunities to lift others through his witty sense of humor and tenderness. Many who know Ben will remember how much he loved to tease and share in laughter with others. He loved his family dearly, especially his young niece and nephew, who loved him just as much.

Early on, he showed great interest in nature and proved to have a nurturing heart for animals. He cared for several pets throughout his life, including ferrets, guinea pigs, frogs, and lizards, to name a few. He recently became a father to a baby chinchilla, and was very fond of his cat Lys and dog Betsy, whom he affectionately nicknamed, “Beppis.” Ben aspired to be either a marine or a wildlife biologist. Though he was terrified of the deep unknown of the ocean, he was drawn to the beach and fascinated by what dwelled in tide pools and along the shore. American Fork Canyon near his home also sparked his great sense of curiosity and intellect. Ben enjoyed hiking and hammocking with friends in the mountains. Often, Ben would “stop and smell the roses,” so to speak, by taking the time to identify plants and other living organisms on his expeditions.

One of Ben’s greatest accomplishments was his proficiency on the piano. His enchanting gift of music held every ear still to listen. Piano playing was soothing to all and therapeutic to him. He often played scores from his favorite movies and video games. Other artistic talents Ben possessed were that of poetry and drawing. These mediums were used to convey Ben’s most complex emotions.

Ben is described as a “natural leader” by his brother, Josh. Ben established a video game clan of approximately 100 people and led them in quests. It was through this comradery that he met his fiancé, Eden. It didn’t take long for Ben to fall head over heels for Eden as he advocated for her well-being. His love for her only expanded his already tender heart. He cherished her with every fiber of his being and never hesitated to convey that love to her. Ben embraced her with his whole heart; she was his everything.

Even in death, Ben has taught his family the beauty of forgiveness and compassion. Our family has grown in greater love and unity because of his example. We strongly believe that our family will be reunited again as an eternal family because of our Beloved Redeemer and Savior, Jesus Christ. Our fervent testimony is, though Ben had different beliefs in life, in death he has entered into the loving embrace of the Savior and will have the opportunity to choose for himself the covenant path. We love Ben with all of our hearts and have no doubt that he loved us. We rejoice in knowing that we will be reunited and that all will be made right.

Ben is survived by his parents, Russell and Debbie Skousen; his brother and sister-in-law, Joshua and Aspen Skousen and their children, Elia and Rowan; sisters Abby Skousen and Mary Skousen; grandparents Aaron and Linda Orullian, and Veda Joan Skousen; fiancé Eden Desjardins; best friend Mason Holyoak; and many loving aunts, uncles, and cousins.  He is preceded in death by his grandfather, Keith Hyrum Skousen.

Please click on the link below to watch Ben's service via live stream:

To order memorial trees or send flowers to the family in memory of Joseph "Ben" Skousen, please visit our flower store.