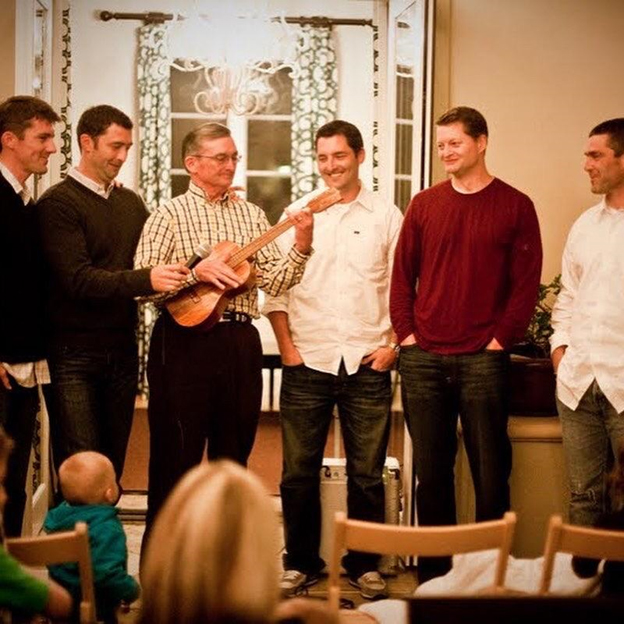 Saratoga Springs – John Elden Ord passed away peacefully November 13, 2019. A heart that beat so relentlessly for others, finally found its reluctant rest.

A man known for his genuine love for people, quick wit, generosity, positivity, optimism, and unfailing ability to make someone feel like a million bucks; John lived a full and vibrant life leaving all in his path better than he found them.

Born December 18, 1940 in Turlock, California to Elden and Leola Ord, John was raised by loving parents with four wonderful siblings. Spending his formative years in Covina, California, a suburb of Los Angeles in the East San Gabriel Valley, John enjoyed an active social life and a successful athletic career at Covina High School. Described by his peers as “larger than life,” John was always the “life of the party.”

After graduating from Covina High School, John attended Brigham Young University. In addition to his academic pursuits, including obtaining an MBA degree, John became a record holding rope climber on the BYU gymnastics team. In 1960, John paused his studies to serve as a missionary for 2 ½ years in the New England States Mission.  While serving, John nurtured his love for the gospel of Jesus Christ and its unique ability to create, maintain, and enrich life’s relationships.

Upon his return, and in a case of mistaken identity, a beautiful young coed from Pasadena, Margaret Ann Smith, mistook John on campus for a lost, Persian exchange student.  John never looked back.  Playing the part long enough to garner contact information from the fetching Ms. Smith, that fateful synchronicity began what became a 54-year love story that endures today.

John and Margaret were married and sealed for time and all eternity in the LDS Los Angeles Temple on July 23, 1965.  After trying to conceive for many years, and one failed adoption attempt, John and Margaret had their first of five boys in 1972 while living in San Diego, CA.  In John’s own words, “We filled up a backyard full of boys, trying to get a girl!” John and Margaret would stay in southern California for the next 40 years building their incredible legacy.

During the busy years of providing for and raising a family of five boys in the communities of San Clemente and Rancho Santa Fe/Del Mar, CA, John managed to build a stellar career as a real estate developer. As a CEO of a large homebuilding company based in Carlsbad, CA, and then with his own company, John built countless homes, condos, townhomes, master planned communities and even custom homes that housed his own family. He had a passion for placemaking, applying his creativity and business acumen to the successful communities he created. Known in his professional life for his kindness, hard work, honesty, and ability to create and connect relationships, John blessed the lives of his associates, partners, and employees.

John was also active in his civic and church spheres, serving in many capacities in both. In addition to other callings held over the years, he served as a Bishop of the Del Mar Ward of the Church of Jesus Christ of Latter-day Saints for 6 years. He was grateful for the chance to serve and always applied his unique brand of homespun love and wisdom to blessing the lives of those he served.

More than any of the above pursuits, however, John enjoyed spending time with and watching his boys in their athletic pursuits and other endeavors.  Completely dedicated to his wife and sons, John’s crowning achievement was his family. For almost 30 years, John, with his binoculars permanently hung around his neck, spent countless hours cheering his sons on in their baseball, football, basketball, soccer, swimming, and track & field pursuits. He was his sons’ coach, mentor, scoutmaster, water ski instructor, athletic trainer, biggest fan, and hero.  The icing on his life’s cake was loving and following each of his 23 grandchildren. Affectionately referred to as “Papo,” John gave his posterity the gift of unconditional love and imbued each grandchild with a sense of confidence and optimism.

Frequently quoted as saying, “We stand on the shoulders that went before us,” John joins the ancestors he took inspiration from and loved.  He will be terribly missed by his friends and family, but his legacy will ripple through eternity.

Funeral Services will be held Saturday, November 23rd, at the LDS Meetinghouse located at 420 E 13540 S, Draper, UT at 11 a.m., with graveside services at the Vine Bluff Cemetery in Nephi, UT later in the day.

To order memorial trees or send flowers to the family in memory of John Ord, please visit our flower store.