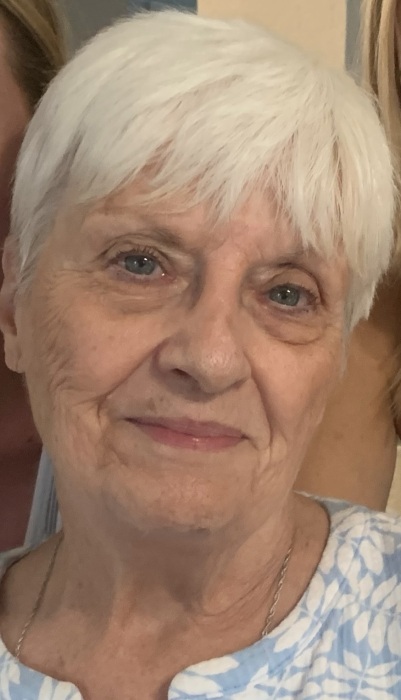 Janet Edith Grantham was a caring wife, mother, grandmother, great-grandmother, and friend.  She left this world suddenly on March 27, 2022, at age 80, in Highland, Ut, where she was living.  On September 28, 1941, Janet was born to Paul Roger Nyberg and Beatrice Elsie Ganong in Chicago, Illinois. She spent many happy times surrounded by her family and friends.  She graduated from Jones Commercial High School in 1959 afterward, she worked as an executive assistant at a loan company.

She married Jerald K Grantham on March 10, 1962, in Chicago, Il.  Their marriage was later sealed in the Los Angeles Temple in 1966.  She loved serving in the LDS Church and had wonderful experiences as a Relief Society President in Memphis, TN.

Jerald and Janet spent many happy times living in California, Utah, and Tennessee. Finally, in the last 28 years in Las Vegas, NV.  She was truly happy when surrounded by her kids and later grandkids. Janet loved her fur babies as much as anyone and had many dogs, cats, birds, rabbits, and a ferret over the years. At the end of her life, she had a mini dachshund named Rex, whom Jerald bought before his death, which was her companion and joy.

A funeral service will be held at the Boulder City Veteran’s Cemetery Chapel at 9:20 am on April 25th, where she will be buried with her husband, Jerald

Send a Meaningful Gift
To order memorial trees or send flowers to the family in memory of Janet Grantham, please visit our flower store.