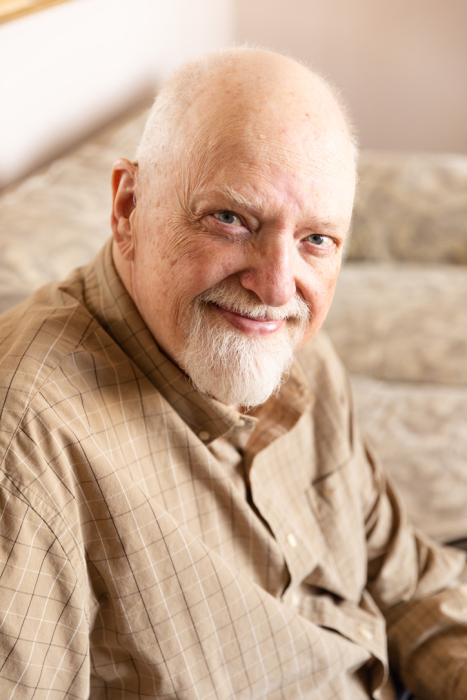 James Hilton De Young passed away on January 17, 2020 after a long and painful argument, turned physical altercation, with pancreatic cancer.

Jim was born the third of three children in Salt Lake City, Utah on July 19, 1946 to John and Sarah Hilton De Young. Growing up, he learned his sense of humor and compassion for others from his mom and he learned his general contracting skills while working for his father's construction company.

At the age of 19, Jim served a mission for The Church of Jesus Christ of Latter-day Saints and labored in the East Central States Mission from 1965 to 1967. Immediately after his mission, Jim married the love of his life, Brenda Rolph, civilly in Maysville, Kentucky on October 27, 1967. They were sealed six days later in the Salt Lake Temple on November 2, 1967. Jim and Brenda had three children, Clinton, Anjanette, and Matthew, over the next few years and dad generally treated us with kindness and generosity; unless it was between us and his comb. We all knew where dad's true loyalties lie. Nobody touched his comb.

Jim's family was the most important thing to him (next to his comb, of course) and he spent as much time with his family as he could. When we were young, dad would take us and our friends to various parks to play. Dad loved competition, so on these excursions he would invent some kind of challenge or obstacle course for all us kids to perform. He always had a prize for those of us who completed the challenge; sometimes a quarter and other times a dollar, depending on what he had in his pockets. On one occasion, he took us to Bear Lake in early spring. The water was freezing and there was still a ring of ice around the lake. Dad told us he would give us each a dollar for every minute we could stay in the lake with the water up to our necks. He paid out $15 dollars before telling us he wouldn't pay us anymore. We thought he was being cheap but instead he was worried about hypothermia. Silly! Didn't he know we had stopped feeling the cold after the first minute?

Jim loved designing and building houses, schools, churches, and other buildings. With John De Young Construction Company, Jim built an addition behind Granger High School, the Jordan North 16th Ward's chapel (yeah, the 12th ward probably went there too, but nobody cared), and restored the Bountiful Tabernacle after the roof collapsed during a snow storm in the mid 1980s. On his own, Jim designed and built houses; including one for himself and one for Matthew and his wife Jenna. He loved the creative process and enjoyed adding complex angles and features to the homes he designed. Dad was clausterphobic, so his designs tended to be both wider and taller than the typical home.

Jim loved the gospel and was an active member of The Church of Jesus Christ of Latter-day Saints throughout his life. He served as a bishop, bishopric counselors, and on the high council in multiple wards. He also served in the baptistry of the Timpanogos Temple and served in the bishopric of a students' ward. He loved teaching the gospel and served as a gospel doctrine teacher in every ward he attended. He enjoyed reading about church history and studying gospel principles and could always speak with eloquence and conviction on any gospel topic.

At his passing, we, his wife and children, find ourselves ever grateful for his example and the love and kindness he always showed us. We are thankful to be part of such a loving family and for our husband and dad, who always did his best to bring us all together. From gospel teachings to Slip Slidin' Away on family trips, we love and miss you, dad, and look forward to seeing you again.

To order memorial trees or send flowers to the family in memory of James De Young, please visit our flower store.