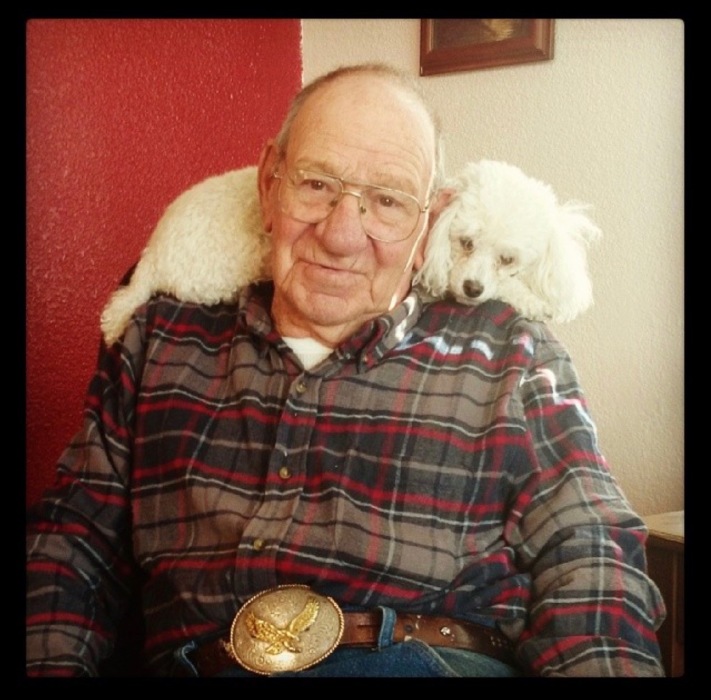 Jack LeRoy Young returned peacefully to his Father in Heaven on April 18, 2019 surrounded by his family.  Jack was born November 11, 1930 to Ivan and Della Young and was raised in Provo, Utah.  He married the love of his life Dora Faddis on May 4, 1948 and was later solemnized in the Salt Lake LDS Temple on December 10, 1961.

Jack was a hardworking, kind and genuine man.  He would drop everything he was doing to help others anytime there was a need.  In his younger years he raised his five children on a farm in American Fork.  He served as a supply Sargent in the Utah National Guard for several years.  Jack retired from Geneva Steel after nearly 38 years of service.  He enjoyed camping, hunting, fishing, golfing and watching his kids and grandkids on the baseball field.  He loved growing a huge garden every year and sharing the fruits of his labors with family and friends.  He loved building, repairing and “tinkering” in his garage.  He had a deep love for his animals, especially his dog FiFi.

Jack was a great example to his children and grandchildren of a hardworking, generous, no nonsense, kind man.  The love between him and his wife is one we can all learn from.  Seventy one years of marriage is an amazing love story.

He is survived by his wife, Dora Jean Faddis Young, four children; Bonnie (Vaughn) Lewis, Jack (Valerie) Young, Jim Young, Sandra (Greg) Draper, and a son-in-law, Jim Kelley.  He leaves behind a legacy of 17 Grandchildren, 48 Great Grandchildren and 1 Great, Great Grandchild.  He was preceded in death by his daughter Linda Kelley.  We are comforted to know they had a great reunion.

The family would like to extend our thanks and gratitude to Samantha and Corey from Symbii Health (Hospice) for the extraordinary care they gave dad in his final days.

To order memorial trees or send flowers to the family in memory of Jack Young, please visit our flower store.